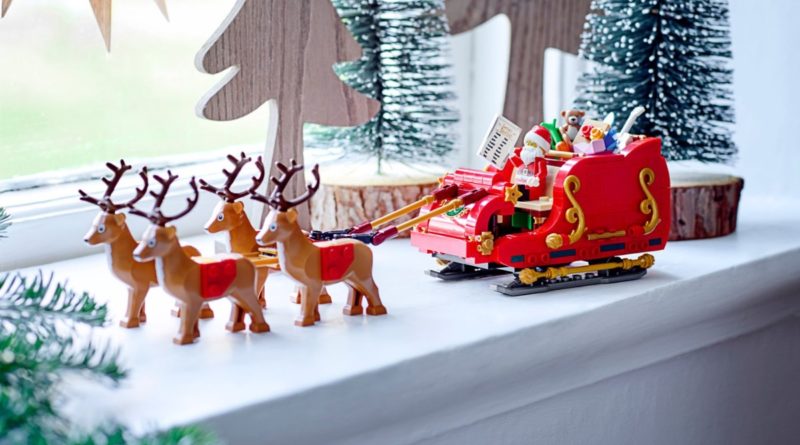 The designers behind the newly-revealed LEGO Seasonal 40499 Santa’s Sleigh have explained how they came up with the names for ‘Santa’s nice list’.

Officially unveiled yesterday after being discovered on a LEGO Store shelf in China earlier this month, the reindeer-heavy set – which makes for a perfect companion to 10293 Santa’s Visit, available to VIPs today – includes a printed 2×3 tile bearing ‘Santa’s nice list’.

Cue the online community attempting to decipher each and every one of those names. Some are obvious – Oliver, Pablo, Kayleigh – but as we’ve seen from early reviews of the set, others are almost impossible to make out. And according to the design team behind the set, that was an intentional decision, in line with the LEGO Group’s wider rules around printed names.

“There are 16 names on the list, 14 plus two,” the LEGO Group’s Engagement Team shared on the LEGO Ambassador Network. “The plus two is for names that the designer got to add that were important to them. This is a common practice that happens throughout the portfolio.

“The 14 names are an even 50/50 split in names typically associated with male and female genders… When there are names/writing on tiles such as letters or envelopes, they purposefully blur to allow the builder to imagine or be creative.”

The unblurred version of the tile’s print apparently does exist, but the design team has asked for it not to be shared publicly, so we’ll just have to take their word on that even gender split. You’ll be able to scrutinise the list for yourself when 40499 Santa’s Sleigh launches at LEGO.com and in LEGO Stores on October 1.