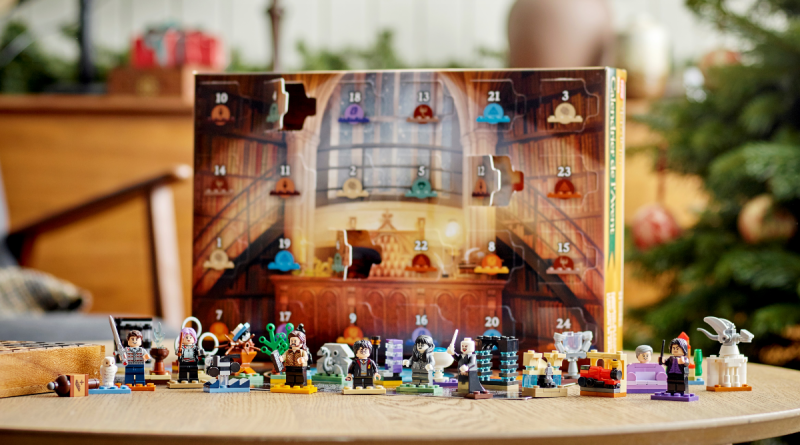 This year’s LEGO Harry Potter advent calendar recreates the Wizarding World saga one film at a time – then combines them all into a playable board game.

Officially revealed for the first time today at LEGO.com, 76404 Harry Potter Advent Calendar launches on September 1 for £29.99 / $44.99 / €34.99. That’s a £5 / $5 / €5 uplift on last year’s calendar, in line with the same price increase to 75340 Star Wars Advent Calendar. We can at least get a good look at what that money buys us, though, as the images on the official online store reveal everything inside the box. (Spoilers!)

76404 Harry Potter Advent Calendar appears to span the entirety of the Harry Potter saga, with a total of seven (or seven and a half, depending on your point of view) minifigures and 18 mini-builds behind its 24 doors. Two of those will presumably come on the same day to make the numbers align – likely the spinner used for the game and one other build, but it’s difficult to say at this stage.

By Christmas Eve (or sooner, if you’re the type to just open your entire calendar at once – no judgement here), you’ll be able to use all 24 builds and minifigures as part of a board game printed on the inside flap of the calendar’s box. The rules of that game aren’t really clear from the product images and description alone, but presumably it’ll be pretty light and breezy.

Among the minifigures and builds you’ll use to play that game are Harry Potter, Moaning Myrtle, Sirius Black, Severus Snape, Nymphadora Tonks, Neville Longbottom, Lord Voldemort and Horace Slughorn (in armchair form), along with microscale models of the Hogwarts Express, Whomping Willow, Gringotts Bank and more.

76404 Harry Potter Advent Calendar includes 334 pieces, and will be available to buy from LEGO.com and in LEGO Stores from September 1.