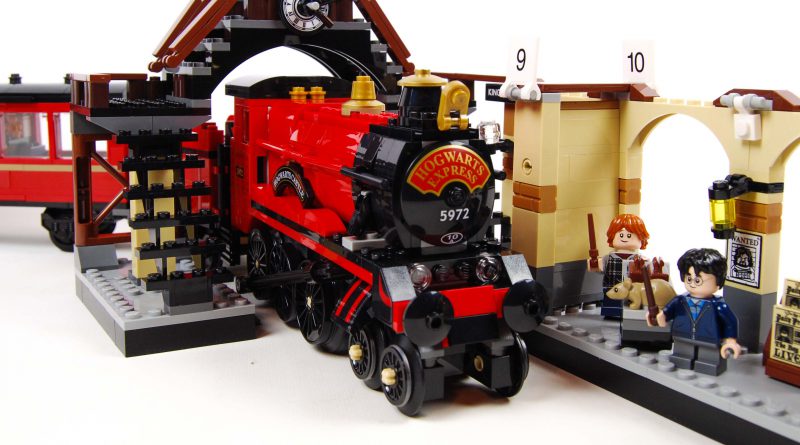 It is time to join Harry Potter on the Hogwarts Express, to see if LEGO 75955 arrives at a satisfying destination – or at the very least, if it is worth the journey

Platform 9¾ is the magical location where Harry and his friends begin their journey to Hogwarts School of Witchcraft and Wizardry. In the books and movies, it also serves to introduce fans to the concept of the magical and muggle worlds, demonstrating how they overlap. Set between platforms 9 and 10 of the actual King’s Cross railway station, it can only be reached through running, at full speed, into a brick wall only to emerge unscathed on the other, more magical, side to board the red, shining Hogwarts Express. 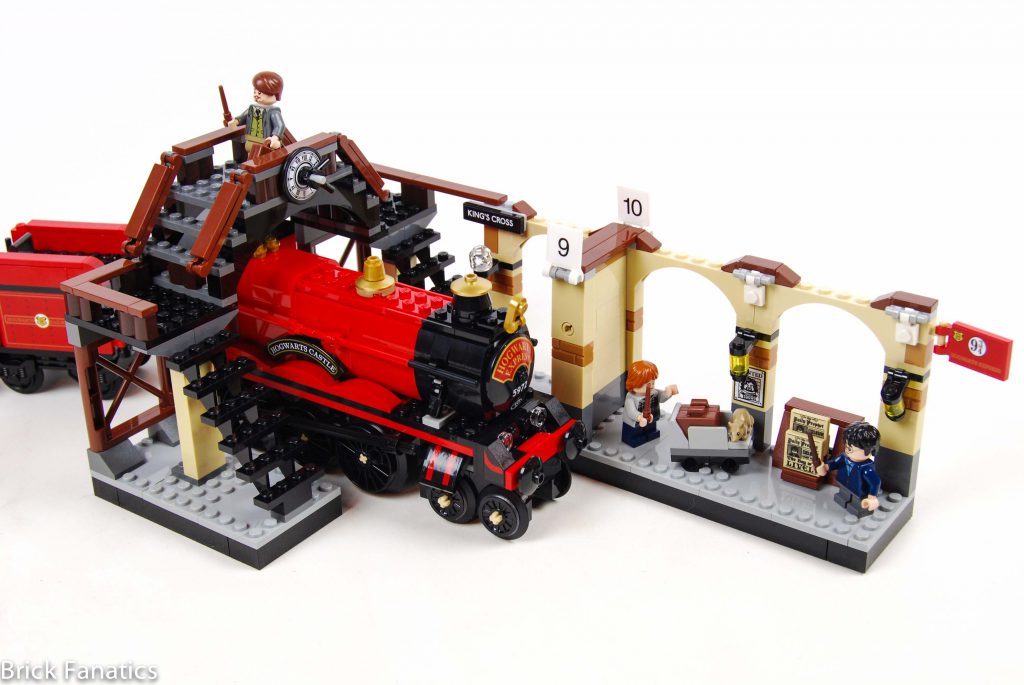 The Hogwarts Express lends itself to a LEGO set perhaps more than any other subject matter within the entire Wizarding World, which is why this marks the fifth version to be released. Trains have been staples of the LEGO Group’s product line since before the minifigure, so it is only natural that the shiny steam driven locomotive would have been rendered in the brick as often as possible.

4841 Hogwarts Express, the most recent version before 75955, was released in 2010 and pretty much perfected the formula for capturing the train. Wisely, designers have opted to not re-invent the wheel and instead make only a few modest improvements, primarily driven by new components. They have instead focused their efforts is in realizing platform 9 ¾ to a fantastic degree; the station platform could be a set in and of itself.

Designers have mined the 2010 range in more than just taking lessons from the last Hogwarts Express. The train platform is essentially a Harry Potter-ised version of 7937 Train Station from that year, with an overhead walkway and stairs aiding passengers in disembarking from what a central platform.

The details are well executed here, most notably how designers have gone out of their way to distinguish the two worlds. Separated by a swinging wall piece, allowing fans to reenact traversing the boundary between the muggle and the magical, the lights and fonts of the signs are different depending on which platform a minifigure is standing on. Some well-placed stickers really enhance the effect as well as give the feel of an actual train station. Provisions have been made to allow for easy attachment to LEGO train track and the train’s wheels are the actual train wheels found in City sets to accommodate the track.

While the station is fabulous, the titular Hogwarts Express is in fine form as well. A little bit shorter than previous versions, it is nonetheless a handsome train and carriage. Designers have made good use of some of the fancier LEGO elements, like the curved tiles which have been introduced since Harry Potter sets last graced shelves almost a decade ago.

The biggest improvement to the train itself is a clever false wall which allows for much easier access than any previous LEGO train, whether from the Wizarding World or otherwise, as hands are not required to just reach in from the top. Taking advantage of that access, the famous treats cart is included with the set along with the Trolley Witch.

One flaw that may annoy longtime LEGO fans is that train magnets which have been used in all previous Hogwarts Express trains have been abandoned for a pin and hole system similar to that used on the train found in 75217 Imperial Conveyex Transport. While quite secure, the cars cannot be coupled when bumped into each other and will absolutely not be compatible with previous trains. I found this annoying as I could not use the passenger car to extend my older Hogwarts Express.

Minifigures have been a highlight of all the recent LEGO Harry Potter sets and 75955 does not disappoint in this regard either. The three main heroes are here in plain clothes, which differentiates them from other versions. They are joined by the aforementioned Trolley Witch, Professor Lupin and a Dementor.

The Dementor is the standout, having been incredibly improved from all previous versions which to a man (or spirit, or necromancer, or whatever these things are) used some version of a cloak draped over a modified skeleton torso. This guy boasts the more recent ghost leg component which has shown up in a couple of Collectible Minifigures and in 71042 Silent Mary.

The question with newer versions of previously rendered material is always, should those who have an older version make the upgrade? In this case is the answer is yes, but primarily for the train platform. Hogsmeade was the location where the passengers were able to board in all but the oldest of the Hogwarts Express sets, and the most recent version didn’t include a platform at all.

Considering the last time Platform 9¾ was released in the brick was 2001, it was sorely due for an upgrade, which has been executed to perfection. If you don’t have a previous Hogwarts Express, then this is a no brainer – even at full price.

75955 Hogwarts Express is available now at shop.lego.com. You can help support Brick Fanatics’ work by using our affiliate links.