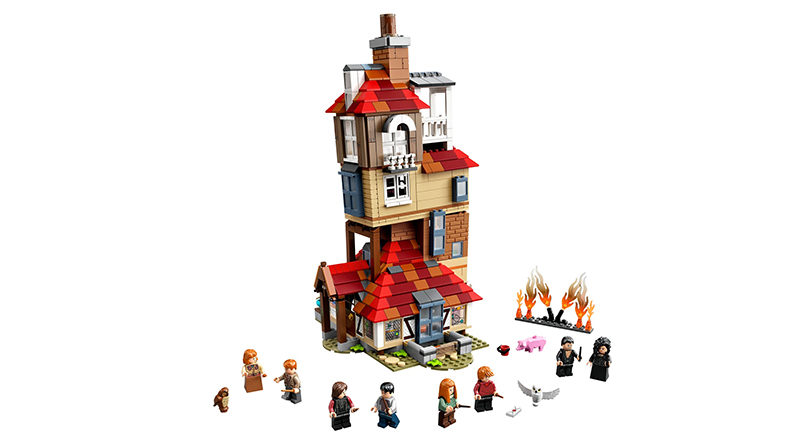 After being on back order since its release, the new LEGO Harry Potter set 75980 Attack on the Burrow is in stock at the official online shop.

Collectors who have been waiting to add 75980 Attack on the Burrow to their Wizarding World of LEGO Harry Potter can do so, as the set is back in stock at LEGO.com in the UK. That means it arrives on Brick Fanatics’ Top 20 LEGO Sets List, the list of essential LEGO sets for fans looking to own the best selection from the current range.

It’s not just the impressive minifigures that fans will want the model for – although Ron, Ginny, Arthur and Molly Weasley, Nymphadora Tonks, Bellatrix Lestrange, Fenrir Greyback and Harry Potter really does make for a decent line-up – but the way the mismatched floors have been recreated at weird and wonderful angles, capturing the movie design perfectly.

There’s more to come tomorrow from the Harry Potter theme, as LEGO.com has been teasing fans ahead of the launch of Harry Potter 75978 Diagon Alley on September 1. An email to fans revealed three minifigures from the set; Fred Weasley, George Weasley, and the Daily Prophet Photographer.