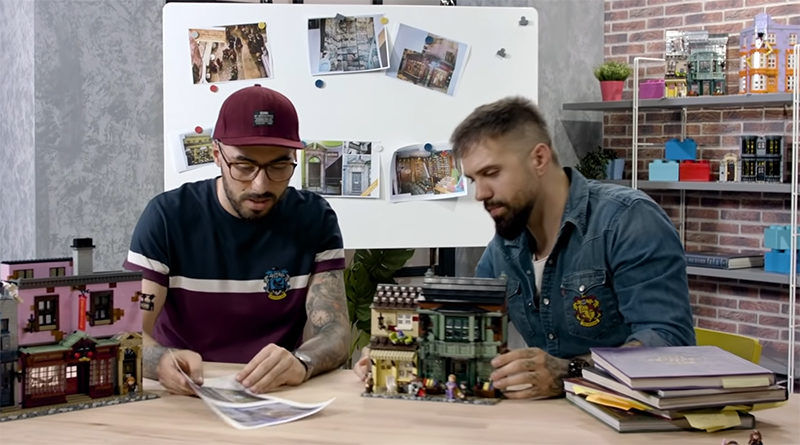 LEGO Harry Potter 75978 Diagon Alley is presented by the set’s designers in a new video from the LEGO Group.

There has been an animated video, a VIP video and an actor video, and now there is finally a more traditional video in which LEGO Creative Lead Marcos Bessa discusses Harry Potter 75978 Diagon Alley.

Marcos goes through each of the locations contained within 75978 Diagon Alley, showcasing the buildings that he included within the box. Senior Graphic Designer Djordje Djordjevic joins him to discuss the minifigure line up.

In the top right of the long shots, where the shelves are, eagle-eyed fans will spot concept models that show an earlier version of the set built in a larger scale.

“This model is over a metre long, four baseplates of 16×32 next to each other. It has over 5,000 bricks, it’s the perfect marriage between this beautiful display piece but it’s also this beautiful rich playset that can invite anyone to relive all of these iconic moments from the movies,” says Marcos.