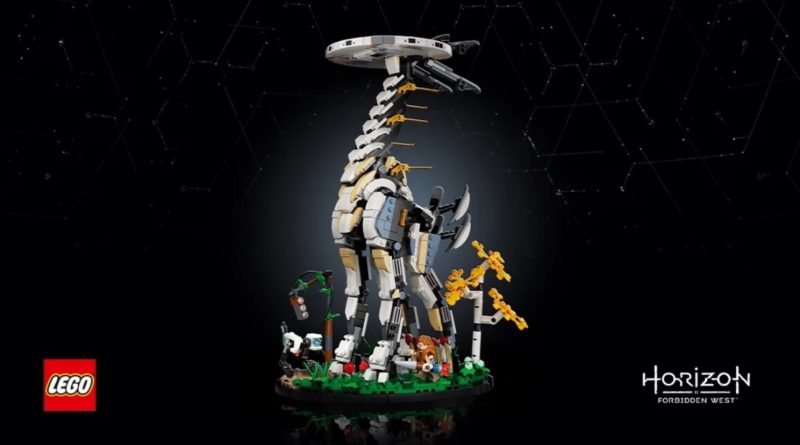 After rumours, listings and the official reveal, the first LEGO Horizon Forbidden West set is now available in the form of a brick-built Tallneck.

The journey of 76989 Horizon Forbidden West: Tallneck has finally come to a close as the video game model that was made in partnership with the team at Guerrilla Games has finally been released in LEGO stores and online

For those not familiar with the source material, Horizon Forbidden West is the sequel to Horizon Zero Dawn and part of the Horizon franchise. It’s an open-world adventure game set far in the future that sees Aloy discovering a forgotten world while confronting dozens of creature-like machines.

Tallnecks are one of the more docile machines that Aloy meets, represented in the set on a smaller scale than it is in the game. However, it doesn’t skip out on detail with elements of platforming present in the games included in the model. This should provide plenty of opportunities for posing.

The Tallneck sits on top of a brick-built base made up of various foliage and even a rusting traffic light. The footprint of 76989 Horizon Forbidden West: Tallneck is small, focusing on height rather than width, making it displayable in thinner spaces.

You can pick up the first LEGO Horizon Forbidden West set on the official online store now for £69.99 / $79.99 / €79.99, complete with an exclusive Aloy minifigure with a new, dual-moulded hair piece.