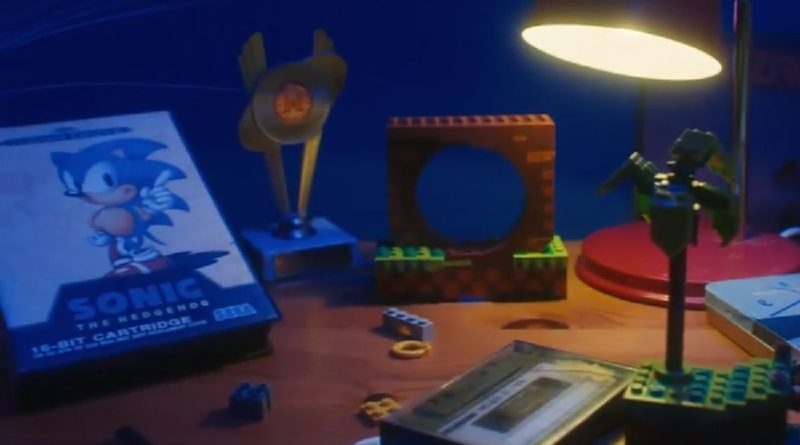 To mark the official reveal of 21331 Sonic the Hedgehog – Green Hill Zone, the new LEGO Ideas set has been given a trailer exploring the decades.

As part of the unveiling for many of the past 38 LEGO Ideas models, a trailer showcasing the context or contents of the build has been released to introduce and promote the fan-inspired creation. 21331 Sonic the Hedgehog – Green Hill Zone has been given that same treatment.

The video, which was uploaded to social media as part of the reveal, features a player embarking on a journey through 30 years of Sonic the Hedgehog, beginning in 1991 with the presence of a Mega Drive 2 console and the original title. As the camera pans around the bedroom and over to the screen, the new LEGO set can be seen.

As the trailer continues, generation after generation of SEGA consoles is showcased with a new Sonic the Hedgehog game for each. The player even passes up a call from a person, or hedgehog named Amy to keep experiencing the game.

The final title in the video is Sonic Forces, the most recent release in the franchise which featured both modern and classic Sonic designs, the latter of which is grabbed out of the screen and transformed into the new minifigure.

21331 Sonic the Hedgehog – Green Hill Zone is launching in just a few days on January 1, 2022, as the first LEGO Ideas set for the year. You can get a reminder on what else is to come from the theme in our guide.