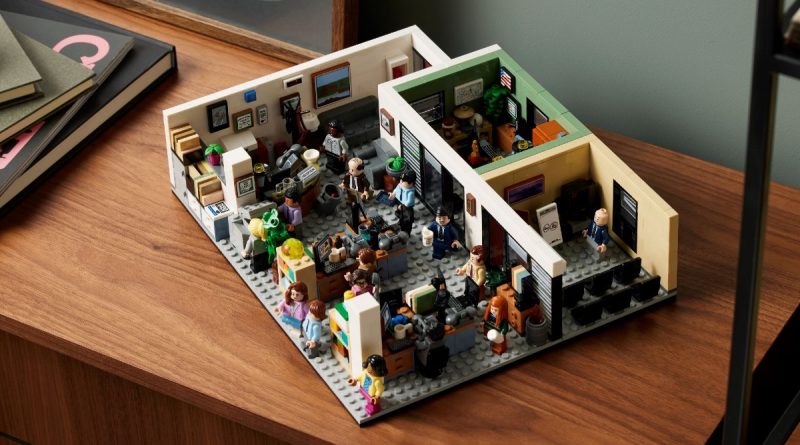 It’s happening: LEGO Ideas 21336 The Office is now available to buy online and in-store, complete with an incredible 15 minifigures.

That’s all of the show’s main cast from its first season, including Michael Scott, Jim Halpert, Pam Beesly and plenty more. Sure, there are a few notable absentees from later seasons – Andy and Erin spring to mind – but it’s still an unprecedented number of minifigures for a LEGO Ideas set, and is just one way in which this latest sitcom set is reaching for a wider audience.

Click here to go to LEGO.com and purchase your copy of 21336 The Office.

With 1,164 pieces in the box for £104.99 / $119.99 / €119.99, 21336 The Office feels like one of the more reasonably-priced sets in recent months. It’s also incredibly similar to the original submission by LEGO Ideas fan designer Jaijai Lewis, with only a couple of major changes: the right-hand wall has been swapped to the left, shifting the set’s perspective, and Michael’s office is now removable.

Beyond those amends – which are arguably improvements to Lewis’s already-solid design – 21336 The Office hews closely to the concept voted for by LEGO Ideas users, which isn’t always the case for these crowdsourced sets.

21336 The Office is also littered with references to the US sitcom, including a stapler in gelatine, Kevin’s pot of chilli, Dwight’s hidden weapons and many, many more – but the best way to discover all those hidden details is simply to build the set for yourself. The 44th LEGO Ideas model is available now, and has already gone down a storm in early reviews (and with Steve Carrell himself, no less).