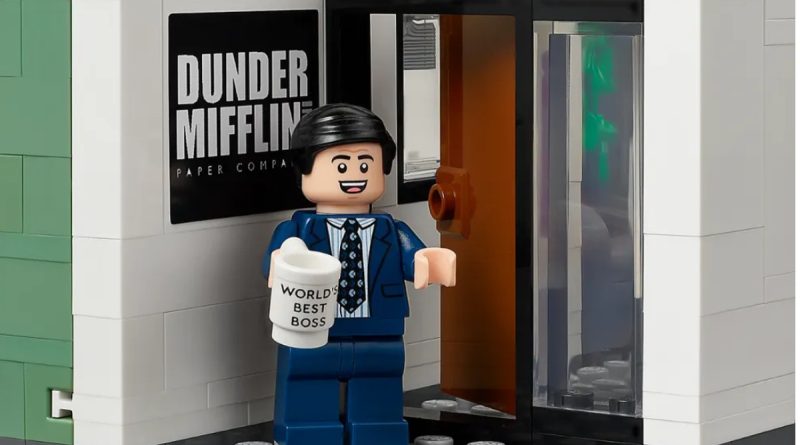 The LEGO Group’s latest sitcom set has a lot to look forward to, apparently even for those new to LEGO sets, as long as you’re a fan of The Office.

The latest LEGO Ideas set – 21336 The Office – has had its first reviews surface online, allowing us to see what the initial impressions of this sitcom-inspired model are after multiple LEGO Ideas entries based on TV shows. Past examples include 21302 The Big Bang Theory, 21319 Central Perk and 21328 Seinfeld, and that’s just from LEGO Ideas.

With another sitcom model launching on October 1, these early reviews suggest that the set can impress, just be sure to know the source material.

It’s another LEGO Ideas sitcom set, but give it a chance

As the fourth LEGO Ideas sitcom set and the fifth including 10292 The Friends Apartments, the presence of these series-inspired models might be starting to get a bit too familiar, taking up slots in a theme that has included some otherwise innovative models such as 21332 The Globe.

However, as Tiago Catarino discovered, you should give the show a chance before you judge 21336 The Office.

“I’ll be completely honest, I thought ‘OMG another sitcom-based LEGO set? I hate these, so much better things to go for instead,’” shares Tiago Catarino “But I decided to watch the show it’s based on and my views have changed. I’m into season 5 now and I gotta say, I get it, I finally get it.”

It’s designed for the fans

Understanding the context of 21336 The Office will help you to appreciate the build, thanks in no small part to the numerous references scattered throughout the model.

“It’s an excellent tribute to the show and that it’ll be very popular with fans of the sitcom, whether they are already LEGO fans or not,” writes Brickset. “Sections are missing and characters too but overall I think the model does the show justice without becoming too large and expensive.”

However, there are so many references that you’ll reportedly soon forget about some of them, as they become hidden within the depths of 21336 The Office.

“In the end, it’s during the construction of the playset that you really have to take pleasure in remembering the best moments of the series, the object will then be quickly put away or probably forgotten in a corner,” comments Hoth Bricks. “In any case, this is the fate of many products which only have a very limited exposure potential.”

That ‘limited exposure potential’ as mentioned by Hoth Bricks is due to the layout of 21336 The Office and the setting from its source material. Emmasaurus found that this made it, like the other sitcom models, hard to display.

“Something to note with all the different sitcom LEGO sets is that it’s really hard to display them, like it’s very flat and hard to see inside so if you do want it on a bookcase it might look a bit awkward,” commented Emmasaurus.

Meanwhile, Hoth Bricks found a bright side to this layout, comparing it to the comparably open spaces of other LEGO sitcom builds.

“The LEGO Group has chosen not to convert these offices into a film set via the possible addition of a few projectors and that’s good,” said Hoth Bricks. “I’m buying Dunder Mifflin corporate offices, not a television studio.”

Both 21328 Seinfeld and 21319 Central Perk recreated the sets of their show’s scenes with the implementation of brick-built lighting rigs, though 21336 The Office focuses on the office itself, rather than referring to the show’s fictional nature. You could argue that makes it suitable for a regular office model too.

It has a lot of stickers, but they’re enjoyable

21336 The Office was praised for its easy build experience, though it does incorporate a lot of stickers. However, fans of The Office might be able to enjoy the potentially tedious process of placing them as they recognise Easter eggs.

“Even though the set was death by sticker, and I still stand by that, the memes and references on them made me hate stickers less,” states Emmasaurus.

Once more, references play a huge part in the appeal of 21336 The Office, even managing to make the sticker-applying experience more palatable compared to other LEGO sets.

The recent price increases that affected hundreds of LEGO sets worldwide may have been a positive for 21336 The Office as the set’s 15 minifigures and elements now present decent value, especially for a licensed model – a point that Tiago Catarino echoes.

“Considering the recent price increase, this isn’t that terrible at $120 for 1,200 pieces,” comments Tiago.

As long as you enjoy The Office, you’ll find very little wrong with LEGO Ideas 21336 The Office as the set pays homage to the series through references, minifigures and more. Logistically, the set has a few issues such as displaying the creation and the numerous stickers but these are arguably unavoidable in 21336 The Office. In light of the recent price increases, it presents decent value too, especially when accounting for the many licensed minifigures that could have raised the cost but didn’t.