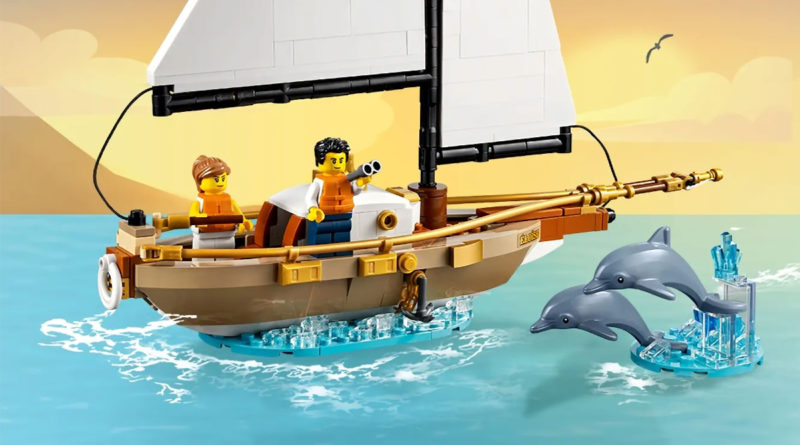 The latest LEGO Ideas gift-with-purchase offer is still live on the official online store as 40487 Sailboat Adventure stands out from other themed deals with stock remaining long after launch.

Following both a period of VIP early access and a wide release earlier in August, LEGO Ideas 40487 Sailboat Adventure remains available on LEGO.com with one of the highest price thresholds for any LEGO deal.

With so many new sets launching on August 1 (and more for those who live in the US), it might be surprising to hear that the set is still available with orders over £200 / $200 / €200 online and in physical retail locations worldwide. It shouldn’t be too hard to get a purchase of that calibre together, especially with a variety of larger LEGO for Adults models now available including Star Wars 75309 Republic Gunship.

We’ve got an in-depth review for you to read through to find out more about the seafaring model which includes two minifigures, a small ship that’s entirely brick-built (even the sail) and a pod of dolphins in a dynamic splashing pose.

Anyone hoping to make a comparable LEGO Ideas collection to this gathering of fan-inspired models will want to add 40487 Sailboat Adventure to theirs before the month is up and the offer is over. That’s in the scenario that it doesn’t sell out before then as other offers such as 40448 Vintage Car have in the past.