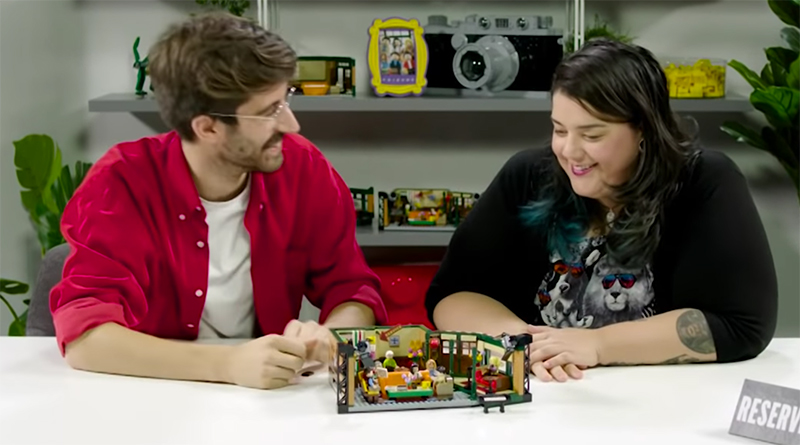 The recently released LEGO Ideas Friends 21319 Central Perk has received the LEGO designer video treatment, presented by the pair of creatives who developed the model.

LEGO Ideas Friends 21319 Central Perk is an exclusive set to LEGO.com based on the ever-popular 1990s sitcom, which is now presented in a video by Model Designer Milan Madge and Graphic Designer Crystal Fontan. The pair adapted the set from Aymeric Fievet’s fan design.

“It gave me the opportunity to binge watch Friends once again,” says Crystal. “I am creating characters that not only I love but I grew up with.”

“One of the really fun easter eggs that we put in the set was for Ross. What we settled on was a keyboard because we know Ross, in Central Perk, performs his ‘sound’,” says Milan.