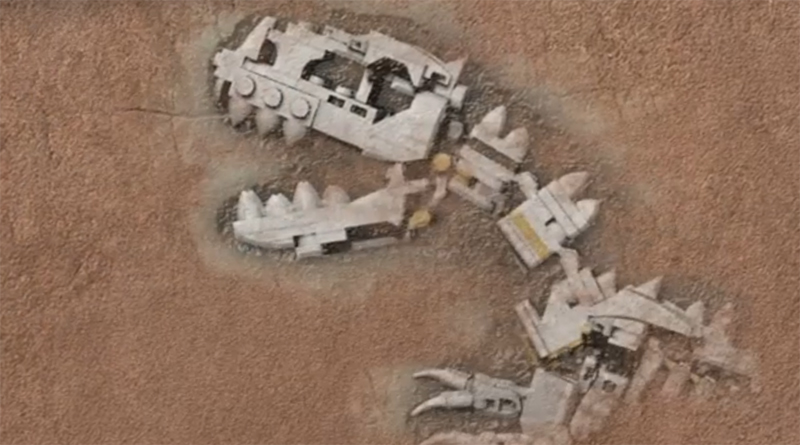 The LEGO Group is teasing the next LEGO Ideas set, which is inspired by the Dinosaurs Fossils Skeletons project.

On social media, the LEGO Group is teasing an imminent announcement. A new LEGO Ideas set is soon to be unveiled, following the announcement earlier this year that the Dinosaurs Fossils Skeletons – Natural History Collection set would see release as an official set. It was submitted to the platform by fan designer Jonathan Brunn.

In the little teaser video, an archaelogist brushes sand away, slowly revealing a LEGO T. rex skeleton hidden below the surface. The design is very different to the models in the original fan design.

The fan design offers a very different take on the dinosaurs concept compared to what the LEGO Group has previously released, with this marking the first time the prehistoric beasts are represented as fossils rather than living beasts.