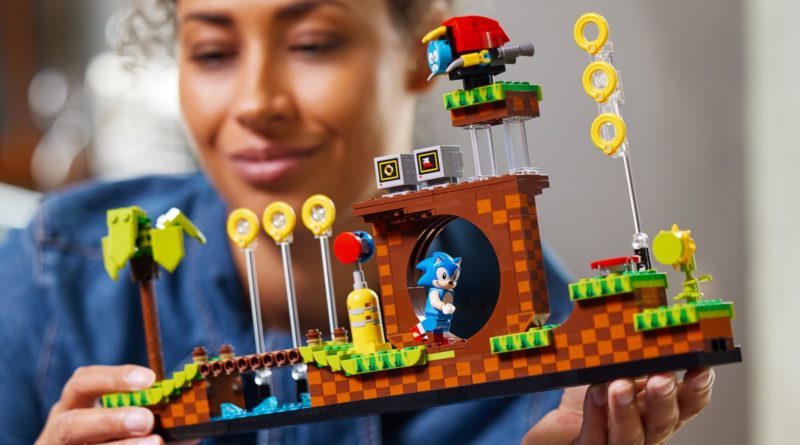 Following a debut in LEGO Dimensions, Sonic the Hedgehog’s very first LEGO Ideas set has just been released on the official online store.

LEGO Ideas 21331 Sonic the Hedgehog – Green Hill Zone is now available on LEGO.com, recreating the iconic level from the classic franchise as one of the cheapest LEGO Ideas sets in recent years other than gift-with-purchases.

While many may be familiar with Sonic the Hedgehog, the blue blur is the leading character in a franchise of video games dating back to 1991 and continuing to this day with another title launching later this year.

The model recreates the first level of the original game, Green Hill Zone with 1,125 pieces mostly going towards the level. However, a build of the Eggmobile, Crabmeat, Motobug and even Dr. Eggman is also included, as well as a display stand for the seven Chaos Emeralds.

That last creation is just one of a few references in the set, which you can read all about in our guide. For those who didn’t recognise the names of those characters, we’ve also got a rundown of who they are here.