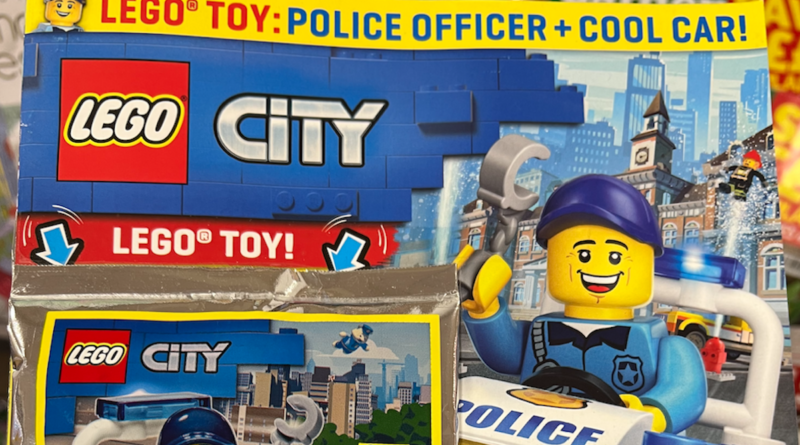 A number of official LEGO magazine titles have revealed which free cover gift sets they’ll be featuring with upcoming issues.

One of the main selling points of official LEGO magazines are the desirable and sometimes exclusive free cover gifts that are included with each issue. Sometimes these include mini sets and builds, while others feature collectible minifigures such as the Imperial Snowtrooper available with the official LEGO Star Wars magazine issue # 79.

A quick browse through a number of Immediate Media’s current newsstand LEGO magazines reveals exactly which cover gifts are going to be included with upcoming issues (in the UK, at least).

LEGO CITY magazine issue # 47 is available now and features a free 31-piece LEGO CITY Police Officer minifigure and car. This will be followed in issue # 48 by a 28-piece LEGO Drilling Vehicle and Construction Worker minifigure.

LEGO NINJAGO magazine issue # 84 is currently on sale and continues its recent underwater theme by offering readers a free Scuba Kai minifigure and accessories. Issue # 85 will then include a Benthomaar minifigure with two faces and a Mega Trident accessory.

Finally, LEGO Jurassic World magazine issue # 17 can be picked up now, with the free cover gift being a 23-piece LEGO Velociraptor set. Issue # 18 will then include a 57-piece LEGO T-rex mini build.