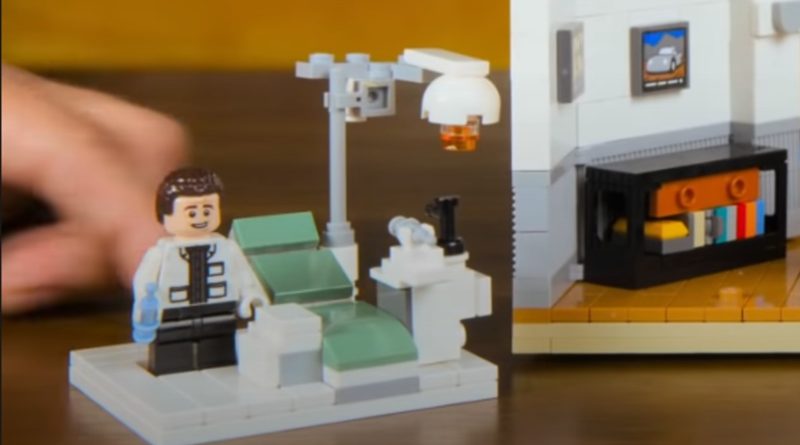 As part of a new LEGO Ideas Seinfeld and Netflix promotional video for the show and for 21328 Seinfeld, another set might just have been teased.

21328 Seinfeld is recently released but could be set for a smaller, gift-with-purchase-sized model, if what is glimpsed at the end of a new video showcasing a life-sized version of the LEGO Ideas set is to be taken (somewhat) seriously.

At the very end of the advert showcasing the shrunken, minifigure-made Jerry Seinfeld, featuring a voiceover from Bryan Cranston, a small brick-built model based around Cranston’s appearance in the sitcom as dentist Dr. Tim Whatley can be seen.

Whatley was a character that appeared in a handful of episodes of Seinfeld, including one titled ‘The Jimmy’, which saw the professional indulging in the same nitrous oxide that would put Jerry Seinfeld to sleep for surgery.

The potential LEGO set seen at the end of the video is a small model depicting a Tim Whatley minifigure and dentist chair. Whilst it hasn’t been confirmed that the model is anything more than a reference or joke at the end of a video filled with them, it could also be that it’s a future promotion similar to 40485 FC Barcelona Celebration, which exclusively comes free with 10284 Camp Nou – FC Barcelona for VIP members.

Either way, LEGO Ideas 21328 Seinfeld is available now on the official online store, following the successful launch of other sitcom sets including 21319 Central Perk and 10292 The Friends Apartments. The former even received an exclusive promotion too in the form of a free mug.