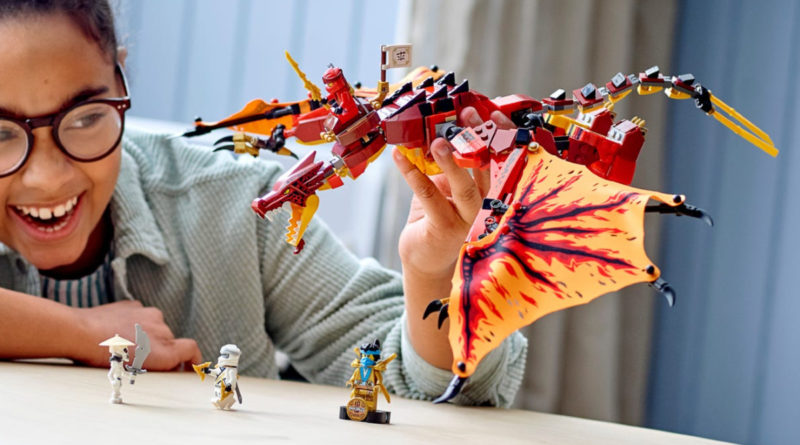 LEGO NINJAGO news might be coming tomorrow, as a member of the theme’s team has revealed plans for an upcoming announcement.

Following rumours of the January wave of NINJAGO 2022 sets, a theme that has now been confirmed to continue through next year and into 2023, the co-creator of NINJAGO has teased on Twitter that ‘exciting news’ is planned for release tomorrow, October 17.

Tommy Andreasen posted the teaser to his Twitter account, asking you to keep expectations in check to stay pleasantly surprised, but still stating that the announcement itself is an exciting one.

However, the co-creator also disclosed that the announcement is only planned for tomorrow, so it may be that whatever the reveal is will instead come at a later date, keeping with the theme of maintaining reasonable expectations.

With rumours of a full range of sets for NINJAGO in 2022 including past models reportedly remade at a smaller, but still detailed, scale, having surfaced it may be that the builds are due for a reveal soon. However, it might also be that the announcement is regarding next year’s season of the ongoing TV show.

Two waves of LEGO NINJAGO creations are currently available on the official online store, with a selection of the board game-inspired sets, including 71722 Skull Sorcerer’s Dungeons, due to retire before the end of 2021.