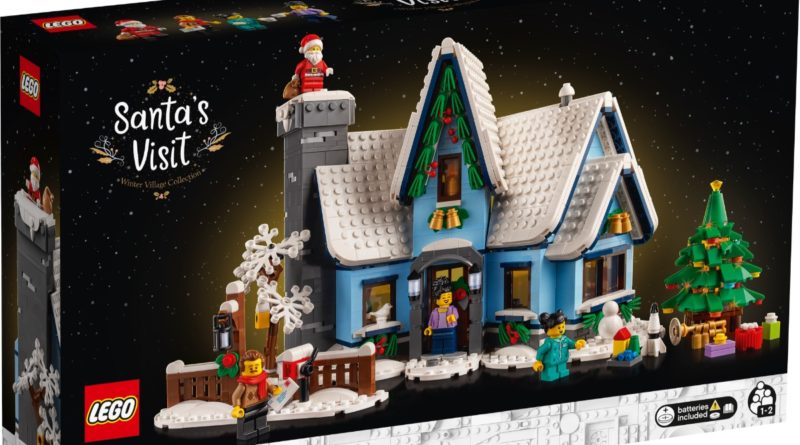 Clocking in at just £79.99 for 1,445 pieces, this year’s addition to the seasonal subtheme has a price-per-piece ratio of only 5.5 pence. That’s a value matched only by the very first set in the Winter Village Collection, 2009’s 10199 Winter Village Toy Shop, and far better bang for your buck than last year’s 10275 Elf Club House.

That fantastical set came in at 1,197 pieces for £84.99, perhaps by consequence of its brand new, moulded reindeer. Just one of the highly-requested animals was included in that set, though, while you’ll soon be able to grab four in a single box in 40499 Santa’s Sleigh, for an expected price tag of roughly £30 in the UK.

Of course, price-per-piece isn’t the be-all and end-all of good value when it comes to LEGO sets: the size of those parts (and by extension the weight of the plastic) also factors into the equation, as evidenced by 75192 Millennium Falcon and 75252 Imperial Star Destroyer. Both those sets carry equal price tags of £649.99 in the UK, but the former bests the latter by some 2,757 pieces.

But even with that in mind, 10293 Santa’s Visit looks like a comparative bargain: as well as a sizeable house built across an inverted corner (a slice of geometric genius that designer Chris McVeigh apparently just stumbled across), it packs in dual-moulded legs for its Santa Claus minifigure and a light brick for its Christmas tree.

You’ll be able to pick up 10293 Santa’s Visit from September 16 if you’re a VIP member, or October 1 if not. Click here to learn more about the latest Winter Village set from Chris McVeigh.