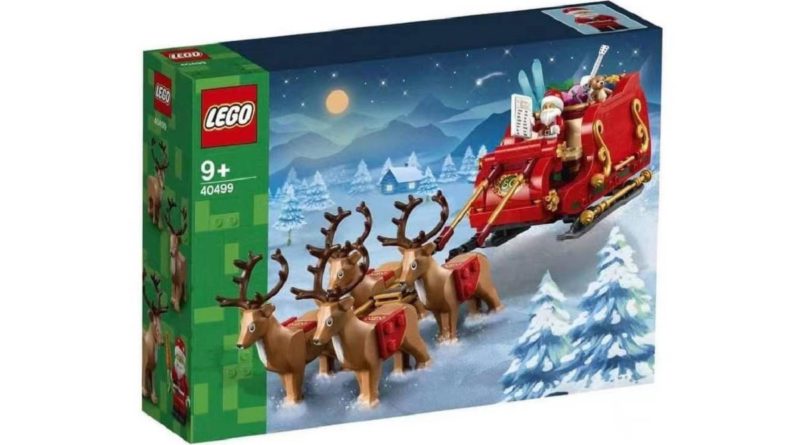 A Malaysian retailer has published more images of LEGO Seasonal 40499 Santa’s Sleigh, revealing a treasure trove of gifts bundled in with the Christmas-themed set.

Originally spotted in a LEGO Store in China late last week, the seasonal model includes four reindeer pulling Santa’s sleigh, as the name implies – but our first glimpse of the back of the box, courtesy of MrBrickHunt, reveals that there’s more to this set than meets the eye.

As well as the first Santa Claus minifigure with dual-moulded boots, 40499 Santa’s Sleigh includes an opening drawer around the back of the vehicle – which is decked out with a licence plate reading ‘S4N74’ – full of reindeer snacks, such as a carrot and, erm, a pretzel. (Maybe that one’s for Santa?)

The sleigh itself is also jam-packed with gifts to be delivered to lucky kids, including a white acoustic guitar, a set of skis and ski poles, and a teddy bear. Finally, the back of the box gives us an even better look at Santa’s gift list (ready to be checked twice) and what appears to be a stickered map of the world.

There’s no word yet on when 40499 Santa’s Sleigh will launch in LEGO Stores around the world (or at LEGO.com), but the safe money is on October 1 – presumably alongside whatever this year’s Winter Village set happens to be.