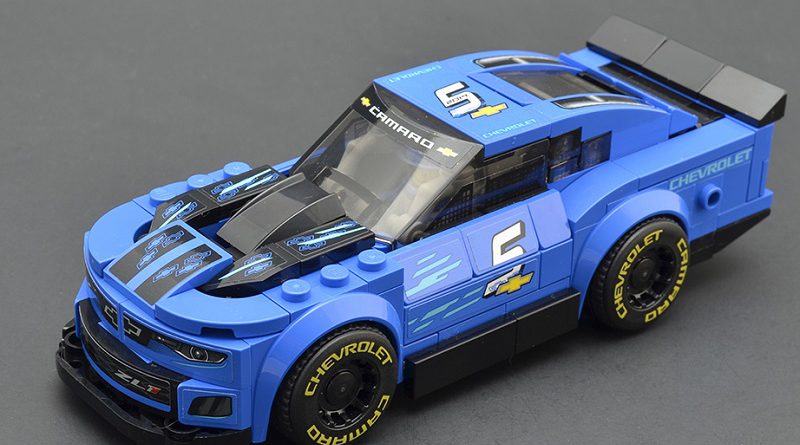 75891 Chevrolet Camaro ZL1 Race Car brings the famous car back for another go around the circuit, so how does the LEGO Speed Champions theme tackle it this time around?

The Chevy Camaro has already been subject to the Speed Champions treatment in the form of 2016’s 75874 Chevrolet Camaro Drag Race. Has this NASCAR model seen any design improvements in the last three years? There is only one way to find out – by building 75891 Chevrolet Camaro ZL1 Race Car… 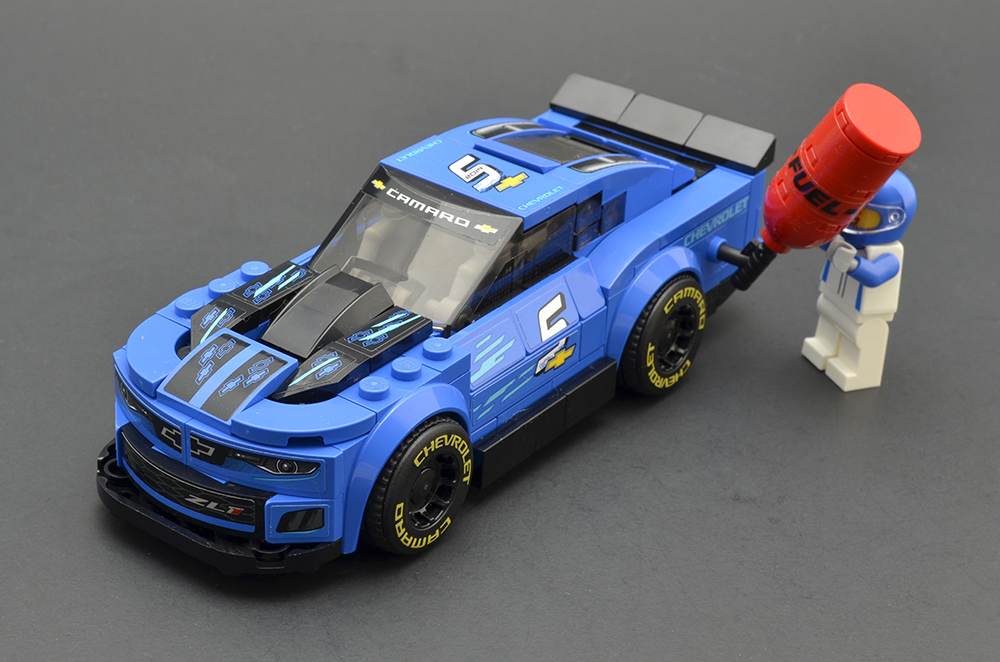 One of the biggest problems with the many Speed Champions sets is the heavy reliance on stickers. That might be fine if the stickers were there to replicate only the aesthetic details of the car, but in many cases it has also included the head and tail lights, as well as grills. Given that this is a NASCAR Camaro, it actually sort of makes sense that some of those functional details are fake, as this is also true of the real car. Stripping the build of stickers though leaves it feeling rather plain and unfinished.

As for the overall design of 75891 Chevrolet Camaro ZL1 Race Car, it is actually quite good. There are some interesting techniques used to achieve the proper proportions, and the designers have even included a fuel port on this one. One of the best things about the design – and something I’d love to see in other cars – is the inclusion of a roll cage. It’s a simple yet perfectly designed feature that adds a lot of personality to the build. Seeing it through the windscreen makes the car feel all the more authentic. Other race models could definitely benefit from this feature.

When the early pictures of 75891 Chevrolet Camaro ZL1 Race Car came out, I was intrigued by the printing on the wheels. It’s something I’ve not seen before on a LEGO model. Once in hand though, I realized the effect was achieved by printing on a rim insert that flares out to cover the tires. The end result still looks great, even with the printing not being on the actual tyre. This new element also has the added benefit of making the tyres look fatter, like racing or drag slicks. It’s a clever way around designing a new tyre for the sets, and despite its subtlety, the effect adds a lot to the look of the finished model. It will prove particularly beneficial on cars where the rear tires are larger than those in the front.

The ZL1 is a huge step up in comparison to the earlier versions of the Camaro. The techniques used help alleviate some of the previous proportion issues, and the added brick-built race modifications give the body more depth, creating a more interesting design. For fans of the theme, there is absolutely no reason not to pick this one up. For those on the fence, or for those looking for fewer stickers, you’re better off looking at some of the other cars on offer for 2019.