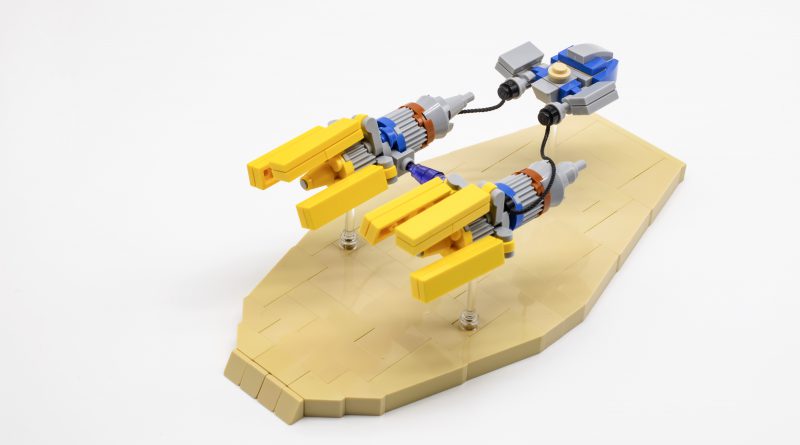 I have wanted to build a scaled down pod racer for quite some time now. While I don’t think you could class this as a ‘micro’ build, it’s certainly a lot smaller than the minifigure scale 75258 Anakin’s Podracer – 20th Anniversary Edition.

Despite the floating engines being connected by two black strings with stud ends, the whole build is actually surprisingly sturdy. This is mainly due to the trans-purple bar attached to the new 1×1 bracket – an incredibly versatile new piece for MOC builders.

I have purposely left gaps in the 2×2 round plates in order to balance the engines on the trans-clear bars used for display.

It’s also worth noting that the 1×1 bricks with studs on adjacent sides are tan, it’s not the colour I would have liked to have gone with, but presently this piece isn’t available in blue or light blue grey. 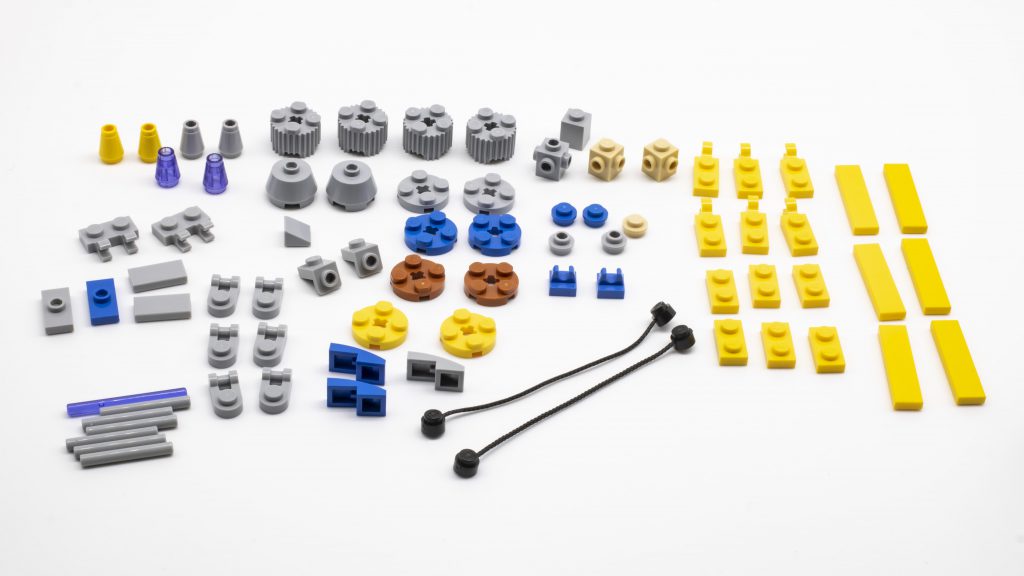