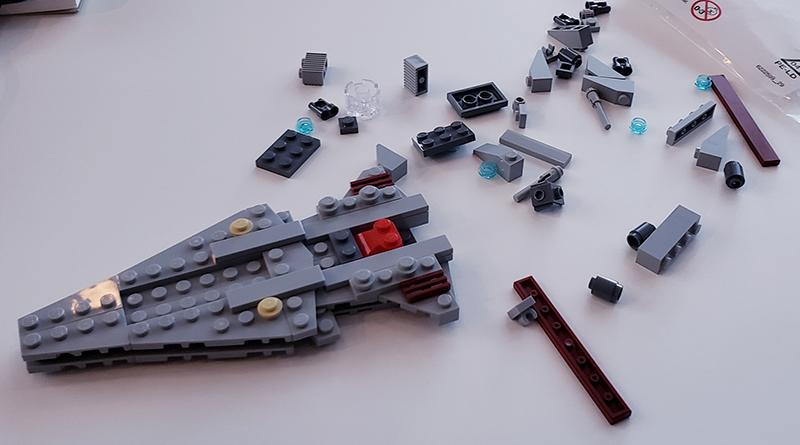 What better way to celebrate the 20th anniversary of the partnership between the LEGO Group and Star Wars than with fellow fans? The LEGO Group hosted an intimate evening on March 29 at the LEGO House, where fans from all over the world could come and meet designers, ask questions about the past and future – and commemorate one of the most popular LEGO themes.

It wouldn’t be a Star Wars event without troopers, and the Danish Garrison of the 501st Legion who helped to ‘guard’ the activity, which took place in the LEGO House.

The evening began with an interview featuring James Burns of Jedi News. Like many AFOLs, he was a LEGO fan before he discovered a love of Star Wars. His LEGO ‘dark ages’ ended in 1999 when he heard news of the merger between our two favorite brands. Eventually he went on to create the Star Wars fan site Jedi News.

Next on stage was Morten Sonne, a MOC builder and LEGO fan from Denmark. Like many of us, he has been a fan of LEGO Star Wars since 1999. He started as many do by buying sets –and in some cases hiding the purchases from his partner – before getting into creative building. On display at the evening was Morten’s Tatooine MOC featuring a rotating tower, crashed ship and many carefully crafted details.

To conclude the evening, it was the main event. LEGO Design Jens Kronvold Frederiksen and Kurt took to the stage to discuss the process of designing sets, from concept art to production. They have both been involved in many LEGO themes, from Star Wars to Power Miners and more. LEGO designers come from many different professional backgrounds, but all share a love for the brick and talent for using it to make amazing models.

Over the past 20 years, Jens has designed many LEGO Star Wars models, with perhaps his most notable model being Ultimate Collector Series 10179 Millennium Falcon. The model started out as a doodle of sorts in Jens’ spare time, as he wanted to build a minifigure scale Falcon using LEGO elements, but when he finished the personal project he never expected a set of that scale would be put into production at the time.

It’s very clear that the LEGO designers are passionate Star Wars fans and the duo spent plenty of time answering questions from the audience, before then hanging out for photographs and to sign memorabilia for fans.

The night was a great way to acknowledge this big milestone for LEGO Star Wars and leave everyone who attended looking forward to another 20 years of the beloved theme.

To get involved with discussions, share builds and swap collecting tips, check out the LEGO Star Wars Fans book Group – of which Steve is one of the founders.

To celebrate the May the Fourth weekend, shop.LEGO.com is offering special deals on LEGO Star Wars sets, with free gifts and double VIP points – shop via Brick Fanatics affiliate links to support our LEGO coverage.