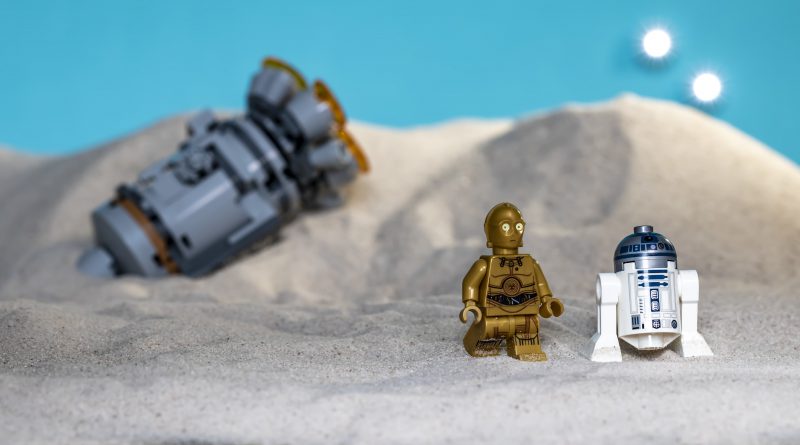 Is LEGO Star Wars 75228 Escape Pod vs Dewback Microfighters the set you are looking for?

LEGO Star Wars 75228 Escape Pod vs. Dewback Microfighters is a double pack Microfighters set, much like last year’s The Last Jedi two packs, offering fans the opportunity to build both a vehicle and a beast. In a first for the Microfighters line, three characters are included – C-3PO, R2-D2 and an exclusive Sandtrooper, complete with new helmet design. 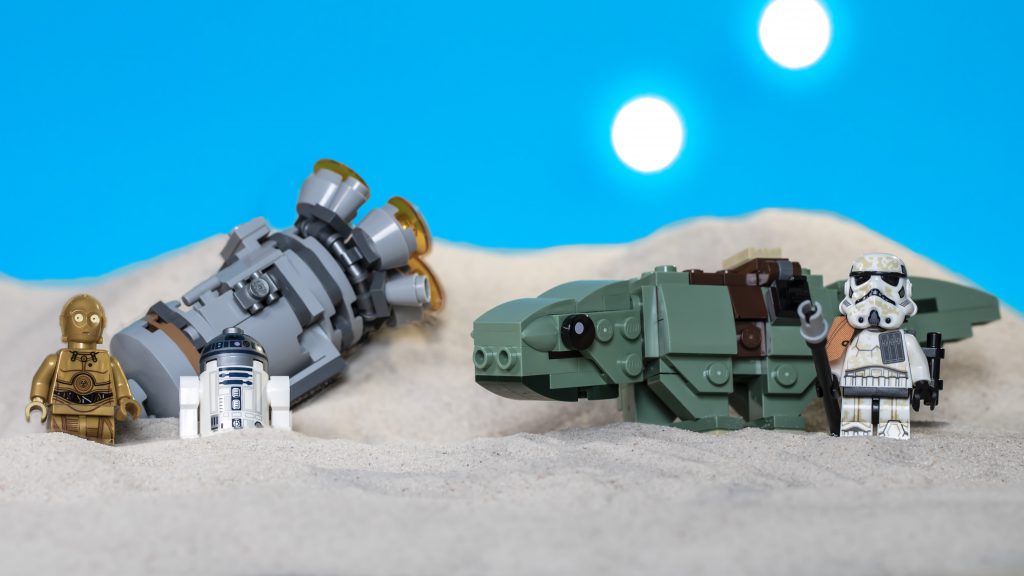 It is a slightly odd pairing for Microfighters, being that neither vehicle actually has any means of ‘fighting’ and there aren’t many fans out there who will recall the battles that took place between Dewbacks and escape pods in Star Wars: A New Hope. There is some logic in putting these two together, as Sandtroopers riding Dewbacks searched the deserts of Tatooine for the missing droids – but it is still slightly odd to have a ‘vs.’ in the title.

Strangeness aside, this is the third iteration of the escape pod from the LEGO design team and also the third time that fans have had the chance to add a Dewback to their menagerie of Star Wars beasts, albeit for the first time as a brick built model.

It starts off well enough with the 4×4 round plates and 2x4x2 half cylinder helping to create a well rounded shape. The dark and light grey parts coupled with the medium dark flesh 4×4 round plate with hole make for a satisfying colour scheme – but that is where the praise ends.

Similar to the 75224 Sith Infiltrator, minifigure roller-skates are used for extra detailing but unlike that set, rather than being clever greebling, here it just looks like roller-skates stuck on the side.

The inclusion of the 2×2 cone at the front ruins the whole design. It looks awkward, out of scale and worst of all leaves gaps around the side. When building vehicles at this scale there really should not be a need for gaps anywhere on the model.

Unfortunately it just keeps getting worse. The back engine shares a similar design to the much larger 75136 Droid Escape Pod, which is excellent, but at this smaller scale it is too bulky, messy and just doesn’t look right. The 1×1 cones are too big and so the iconic shaping of the four back engines just gets lost.

It looks utterly ridiculous with C3PO and R2-D2 placed on top. It is just a bizarre model, which bears little resemblance to its on screen counterpart. It does not even incorporate play features – no stud shooters and no flick missiles. A design that started off with so much promise just falls horribly flat and could have been easily rectified with a few special modifications.

Just before you turn away from 75228 Escape Pod vs. Dewback Microfighters, there is good news – the second build, the brick built Dewback, is an utter joy.

There is a wonderful array of parts in sand green and the addition of the new 1×1 bracket in light grey and the 1×3 double jumper in reddish brown will appeal to MOC builders eager to add those useful parts to their collection.

Builders familiar with the BrickHeadz theme will feel right at home with the techniques required for this build. The body is made up of a series of 1×1 and 2×2 bricks with studs on the side, to which detail is then added helping to create the curves and angles of the beast’s body.

The designers have cleverly staggered the 1×2 inverted slopes underneath the belly to give the appearance of the animal on the move and the claws, made from 1×2 jumpers attached to 1×2 tan teeth, are an excellent design choice.

The tail and head are two very satisfying sub assemblies and are designed so the head can move from side to side and the tail can swish back and forth. The saddle is suitably cute and detailed at the same time.

It is honestly a really enjoyable building experience, which for a Microfighters set is a huge surprise. I think MOC builders who are wanting to improve their animal and creature builds could learn a lot from this design.

Three minifigures are included in 75228 Escape Pod vs. Dewback Microfighters. C-3PO and R2-D2, both of which have appeared in numerous other sets (including the aforementioned 75136 Droid Escape Pod) and an exclusive Sandtrooper, which is a wonderfully designed minifigure.

The dirt printing looks so good that it almost makes you want to wipe it off, and to have a Sandtrooper with the new style helmet is a treat for fans building an Imperial army. The trooper’s survival pack gets an overhaul from previous versions and the return of the orange pauldron is sure to make hardcore fans of the original trilogy very happy. What’s more, the additional neck bracket is both disguised by the new helmet and helps to give a tiny bit of movement too.

Never before has a set caused so much internal conflict. The escape pod is just horrible, an awful design and a building experience that will leave fans deflated, but the Dewback is an absolute pleasure to construct and looks utterly adorable. It is something that would not look out of place on a shelf with a larger LEGO Star Wars collection.

The fact that half of this set is so delightful and half is so disappointing makes it hard to recommend and hard to disregard. Perhaps the best advice on this occasion is to wait for a sale – but at that point, be sure to buy it.

75228 Escape Pod vs. Dewback Microfighters is available now at shop.LEGO.com. You can help support Brick Fanatics’ work by using our affiliate links. 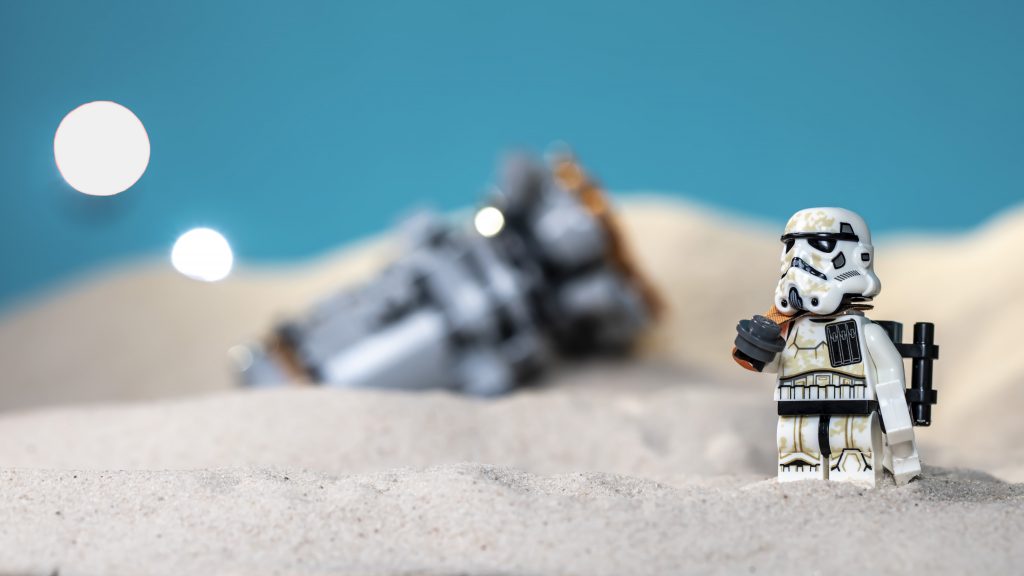