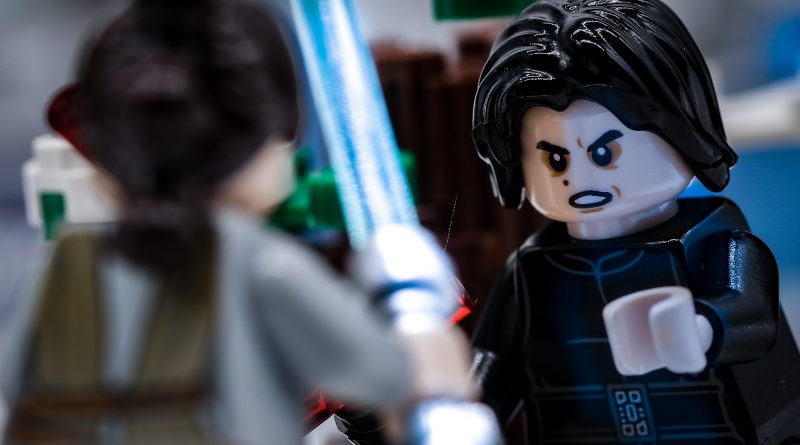 2019 has been a fantastic year for LEGO Star Wars with a slew of top-quality sets celebrating the 20th anniversary. With only one set representing The Force Awakens, will 75236 Duel on Starkiller Base satisfy fans of the film?

Based on 2015’s Star Wars: The Force Awakens, 75236 Duel On Starkiller Base recreates the dramatic final showdown between Rey and Kylo Ren in the snow covered forests of Starkiller Base. The set contains a small representation of the forest, complete with a break apart play feature, a Rey minifigure and new variant of Kylo Ren, which is exclusive to the set. 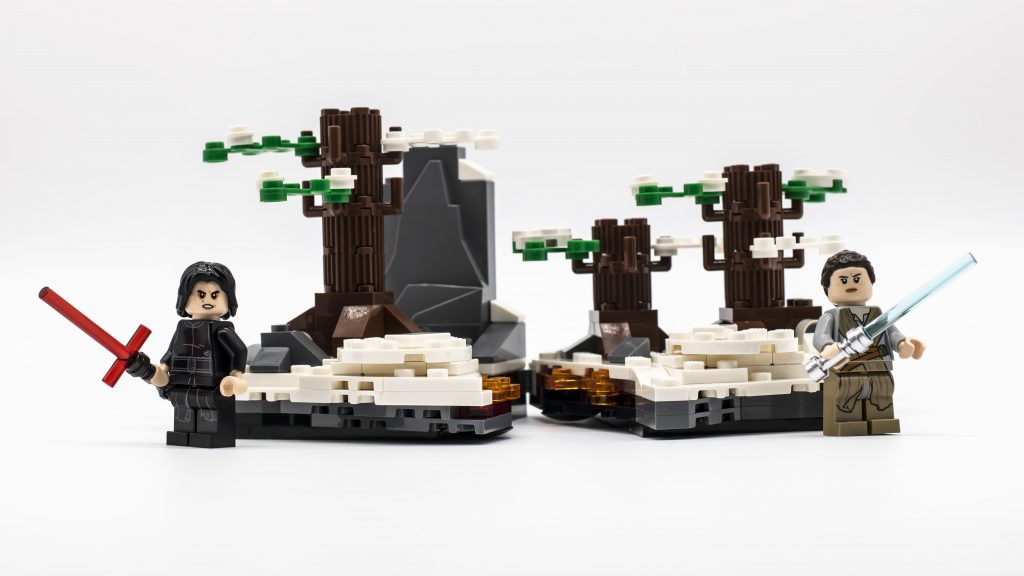 The LEGO design team has done a brilliant job this year with the Star Wars releases. Sets have felt special, minifigures been desirable and the accuracy to the source material has been spot on. From a first glance of the box, 75236 Duel on Starkiller Base doesn’t seem to offer fans any of those things. It seems slightly underwhelming with some major scaling issues. However, as the adage goes, never judge a book – or in this case LEGO build – by its cover.

The first half of the build is surprisingly enjoyable. The layers of the planet’s surface are built up by several plates and wedge plates so that the terrain slowly raises up as the build progresses. There’s a slightly jagged edge around the base, which feels like the set has been ripped straight from the ground. Hinges allow the whole set to pull apart, revealing trans-red and trans orange pieces that represent the magma under the planet’s surface. It’s a play feature that is not only accurate to one of the film’s key moments but also enhances the look of the set while on display.

Within the details of the forest and terrain there are some elements that really work. The little tree trunk sub assembly, made of reddish brown 1×2 and 2×2 plates and 1×1 slopes, is very simple but looks great and the mix of dark bluish grey with the white creates the sense of rocks jutting out from the snowy surface. Then comes the BURP, or big ugly rock piece, which feels completely out of place with rest of the brick-built terrain and cheapens the whole look. It’s a shame the designers didn’t opt to use a few larger slope pieces to build this area up instead.

The designers have at least been clever when it comes to the design of the trees in the forest. At first glance they seemed far too small, however once built it becomes obvious they are using forced perspective techniques. The trees gradually get smaller the further back on the build they go, giving the impression the forest is receding into the distance. It looks quite effective but would have worked even better if the trees were taller to begin with. The trees closest to Rey and Kylo look a quite out of scale.

Despite the small size of the set there are quite a few play features. The two trees either side collapse, the one on the right revealing a hidden blaster underneath. Kylo and Rey can clash sabers by placing them on the rotating 4×4 round plates at the front and, as mentioned, the whole base splits apart. Each play feature feels authentic and allows for faithful recreations of the epic lightsaber duel.

Rey in this outfit has been seen in several The Force Awakens sets before, but Kylo is a new variant for 2019 and is exclusive to this set. His tattered robes flow seamlessly from his torso down onto his legs and his alternative, scared face is a wonderful print.

75236 Duel on Starkiller Base is a strange set. It certainly looks better out of the box, and when split apart the set displays well – but as a whole the scaling feels odd and it’s really hard to get over just how bad the BURP piece looks compared to the rest of the brick built elements. It has been a classic year for LEGO Star Wars sets but unfortunately this one is not representative of that.

75236 Duel on Starkiller Base is available now at shop.lego.com. You can help support Brick Fanatics’ work by using our affiliate links.