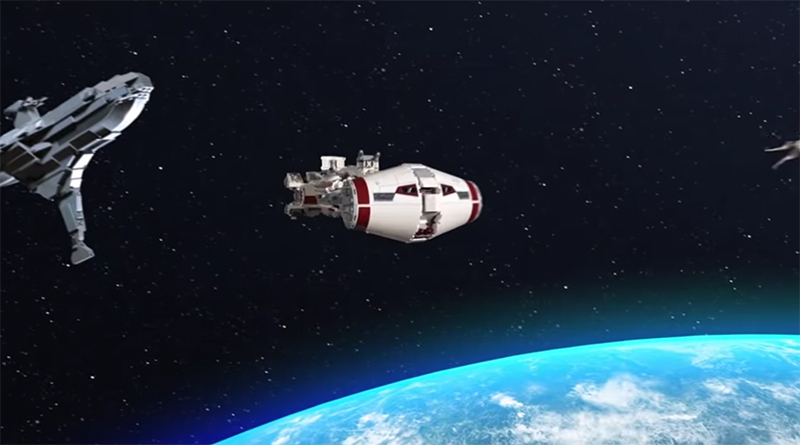 The LEGO Group is having fun with the soon to be released LEGO Star Wars 75244 Tantive IV, featuring the set in a stop motion animated video that retells the end of Rogue One: A Star Wars Story.

On May 3, the LEGO Group will release 75244 Tantive IV as the latest LEGO Star Wars set. Ahead of the set’s wide release, a new stop motion animated film has been shared on YouTube that features the set, along with a few other familiar models from the theme. The new minifigures included in the exclusive set have been fully utilised in order recreate the final scene from Rogue One: A Star Wars Story.

Even Darth Vader’s memorable appearance is included, albeit with less violence than was seen in the stand-alone film. The action continues on for a few seconds past the end of the movie, revealing Princess Leia doing a quick-build job to get the blockade runner into Hyperspace and away from a couple of Imperial Star Destroyers that turn up unexpectedly.