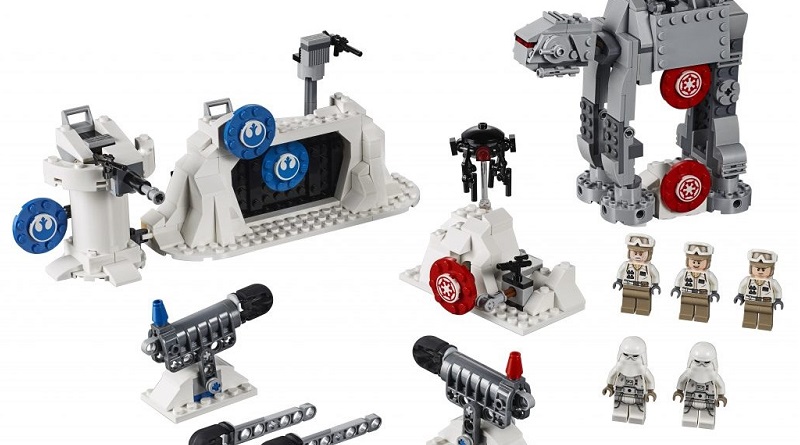 With a new batch of LEGO Star Wars products in the way in a couple of months, more images of the new sets have been released.

During New York Toy Fair, the LEGO Group displayed 20th anniversary labelled sets with commemorative minifigures, Star Wars Resistance sets, Action Battle sets and 75236 Duel on Starkiller Base, all of which will be released as part of a new wave on April 1. Now, more official product images have been shared by the Brick Fan, revealing the sets’ box art and functionality.

In the new Action Battle products, each set builds a classic Star Wars battle scene, including two enemy factions. In the case of the Hoth sets, this means Rebel Troopers and Imperial Snowtroopers. In 75238 Action Battle Endor Assault, this means a Scout Trooper and Wicket the Ewok.

The sets include a selection of new and updated minifigures that can be seen in close-up images here.

A further wave of LEGO Star Wars products is expected to arrive on October 4, with sets based on Episode IX.