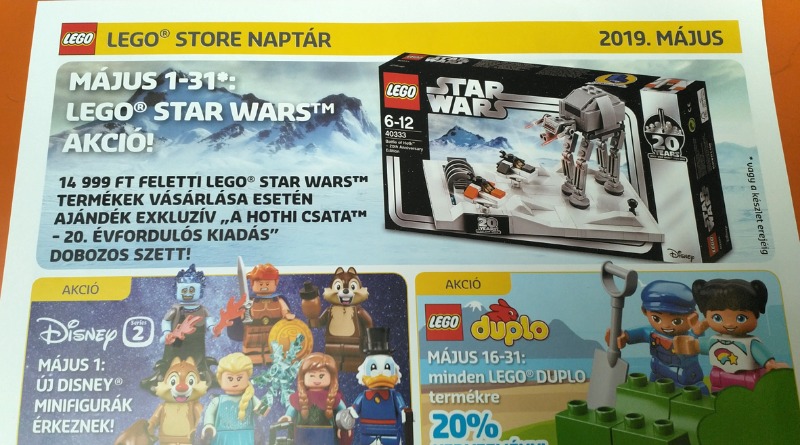 This year’s LEGO Star Wars May the Fourth promo has been revealed on a Hungarian LEGO Store calendar, and it’s another celebration of the theme’s 20th anniversary.

Rather than a polybagged minifigure or droid, though, this year’s promo is an entire boxed set, as revealed over at Brickset. 40333 Battle of Hoth – 20th Anniversary Edition includes a microscale AT-AT, two Snowspeeders and the shield generator, atop a snowy brick-built base.

The set comes in the same luxurious black and silver packaging as the rest of the 20th Anniversary wave, and bears the same subtitle, so could definitely be considered necessary by collectors. You know, in case you needed someone else to justify the purchase for you. (That’s what we’re here for.)

There’s no word yet on just how or when the promo will be available in most territories. However, the Hungarian calendar – which can be found at Budapest’s Certified LEGO Store – says it will be free with LEGO Star Wars purchases above 14,999 forints (around £40, or $52) for the entire month of May.

That would be a marked departure from previous years, when the May the Fourth promo was only available over the weekend closest to the day itself. We’ll bring you more news on 40333’s global availability when we get it.

For now, check out all our reviews of the 20th Anniversary LEGO Star Wars sets at the links below: