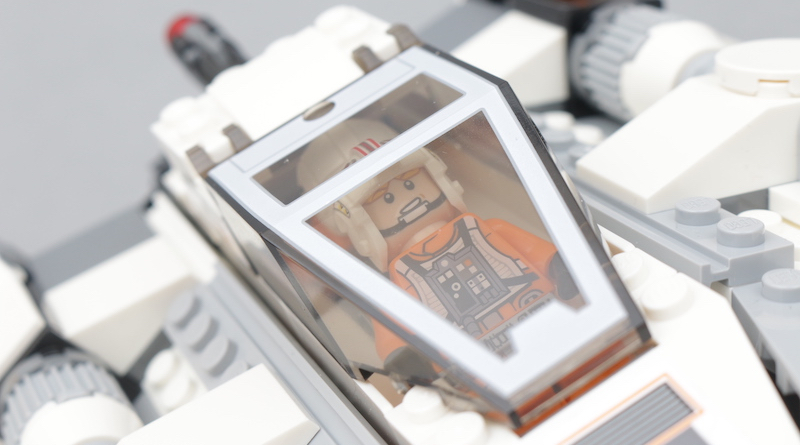 75259 Snowspeeder – 20th Anniversary Edition will inevitably be compared to its predecessors from across 20 years of LEGO Star Wars, but that’s no bad thing

Ah, a LEGO Star Wars set based on the Snowspeeder (or T-47 airspeeder to give it its official moniker). We’ve been here a few times across LEGO Star Wars’ 20-year history, stretching right back to the first wave of releases in 1999 – aptly so, given 75259’s slant as a 20th Anniversary Edition. Interestingly though, it has been five years since a Snowspeeder was released in a set, separate from anything else. The last build of this type was early 2018’s tan-toned 75204 Sandspeeder, whilst the last official version of the Snowspeeder came in 2016’s 75098 Assault on Hoth, which was likely picked up by as many extreme collectors and dealers, as general LEGO fans with more money than sense. The last time a Snowspeeder appeared as the sole subject of a LEGO set was way back in 2014, in 75049 Snowspeeder. 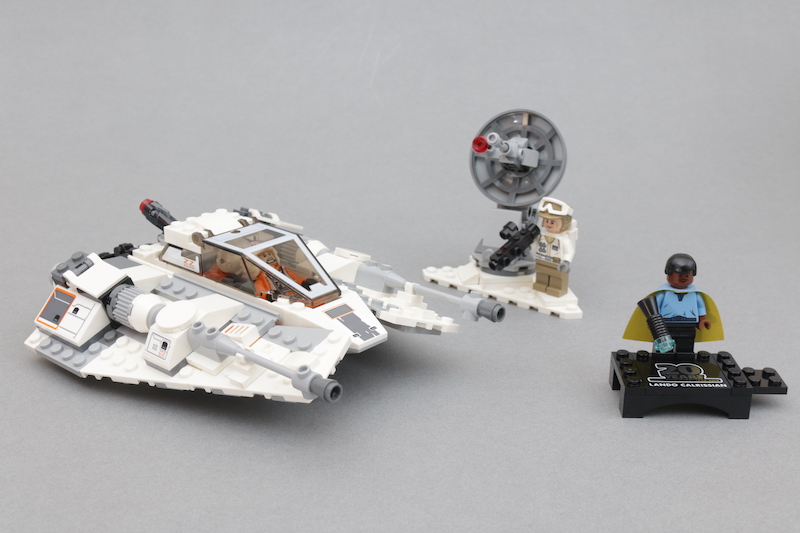 It’s pertinent to reflect back to that version of the set for a quick comparison – five years later and the price for a LEGO Snowspeeder set remains unchanged, as does the number of minifigures included, whilst the piece count today is 31 pieces higher. For a theme that comes under fire for high prices, here’s a 2019 LEGO Star Wars release that genuinely feels fairly priced. That’s a conclusion you can also reach even in comparing it to 2004’s 4500 Rebel Snowspeeder. Priced at £19.99, with one minifigure less and almost 100 pieces fewer, that set today, when adjusted for inflation, would come in at £29.99. 75259 Snowspeeder – 20th Anniversary Edition, however you compare it, offers good value, particularly with consideration to the fact that it is designed at 2019 standards of detail and ingenuity.

It’s a familiar-feeling build, taking a formula perfected over 20 years and making what feels like only subtle changes. Where that leaves the Snowspeeder today, after 20 years, is at its most strongest, in terms of structure (it’s hard to break this thing), playability (the cockpit opens just as anyone having watched The Empire Strikes Back for the first time would hope that it does, the flick-fire missiles are subtle yet effective, and that cable hook at the back remains relevant) and detail (the stickers alone compare very favourably to the film version, whilst the minifigures continue to develop in design).

There remain a few areas that a more pedantic Star Wars fan would want to see addressed, and – given part of this set’s purpose is to celebrate what came before and offer an updated version on it – perhaps we could have hoped to see attention on here. The cockpit remains a compromise for the amount of glass that the LEGO version shows – in comparison to a far more boxed in design in The Empire Strikes Back – whilst general shaping towards the back end of that cockpit and the wings remains open to be modified.

Why are there so many re-released LEGO Star Wars sets? LEGO insider Kevin Hinkle reveals the three ‘R’s behind the LEGO Group’s thinking, only in Issue 5 of Brick Fanatics Magazine, available to buy at brickfanatics.com/magazine from mid-April and in UK stores from May 1.

At the same time, the LEGO Group’s insistence since 2004 to design the Snowspeeder in white rather than grey may continue to offer greater opportunity for establishing shape and angles, but the on screen version still looks grey. A greyer Snowspeeder could offer something truly different, at the same time as a more genuine callback to 1999’s 7130 Snowspeeder that 75259’s beautiful box art and instruction manual otherwise highlight. Could it go grey and still maintain a photogenic appeal?

These are minor complaints, mind you, given the set that sits in front of us today. It’s sleek, clever and perfectly sized, offering the perfect snapshot of a battle on Hoth, with a smartly-designed gun tower, three excellently designed and relevant minifigures, plus a bonus Lando Calrissian based on 2003’s version that very few of us will have. For what is possible today from the LEGO Star Wars design team, and for what has come in the 20 years before, 75259 Snowspeeder – 20th Anniversary Edition represents strong build, play and financial value.

Support the work that Brick Fanatics do by purchasing your LEGO sets through our official affiliate links, and by subscribing to our awesome print publication, Brick Fanatics Magazine.