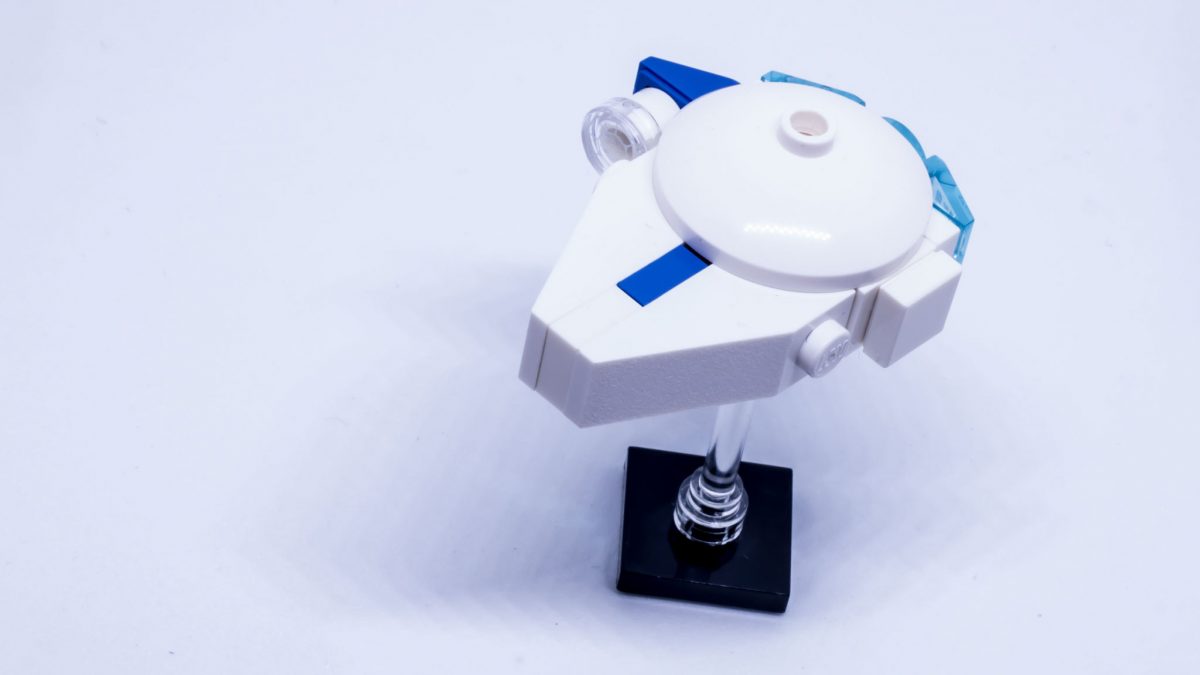 Solo: A Star Wars Story is soon to arrive in cinemas and will reveal how Han Solo came to own the fastest hunk of junk in the galaxy – Brick Fanatics reveals how to build a micro version of the beloved starship

While fans wait for Solo: A Star Wars Story to arrive in cinemas, the LEGO Group has released five new sets to get builders familiar with the main vehicles that will appear in the film. If you want to decorate your desk with something from this stand-alone movie though, the actual sets are rather too big. Every day this week, Brick Fanatics will provide instructions to build a micro version of one of the new Solo sets.

This is a design that will no doubt divide the Star Wars community – I can already hear the arguments, “that’s not what the Falcon looks like” versus “this new design keeps everything fresh”.

Regardless what you feel about the official LEGO set version, I hope you appreciate this micro version. Funnily enough, 75212 Kessel Run Millennium Falcon is the largest Solo: A Star Wars Story set that the LEGO Group has released so far, yet this is actually the smallest micro model of the five. Although the colours may be changed, the Falcon has such an iconic shape though that it is still instantly recognisable.

The colouring is not 100% accurate to the film, I feel that the few blue parts help convey the colours of the Kessel Run Falcon.

I decided to use the 2×2 jumper and clear antenna as a display stand, but those parts are entirely optional. One part that might prove difficult to get hold off is the 1×1 ‘arkenstone’ piece I used for the cockpit. It is without a doubt one of my favourite parts to use at micro scale for cockpits, working especially well for TIE Fighters – but if you can’t get hold of one, then a normal trans clear 1×1 round tile will also work.

Check out more of Dmitri’s build on Instagram, where he goes by @legodimnico

Solo: A Star Wars Story will be released on May 24 in the UK, and May 25 in the US. The LEGO Star Wars sets based on the film are available now at shop.LEGO.com.