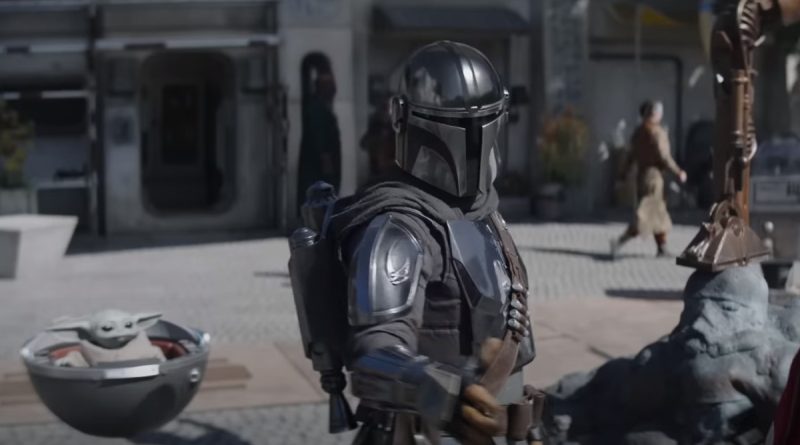 It’s been three years since the very first episode of The Mandalorian aired on Disney Plus, so here’s a look at LEGO sets from the show.

For many fans, The Mandalorian was a revival of Star Wars as a franchise, after mixed reactions to both the prequel and sequel trilogies. The heartwarming relationship between adorable Grogu and gruff Mando captured hearts and minds, backed with a compelling story and a dive into life in the Star Wars universe just after the fall of the Empire.

To celebrate the third birthday of the well-loved show, we thought we would rank most of the LEGO Star Wars sets related to The Mandalorian.

This might be our love of all things miniature, but let’s be honest: the show would be nothing without this duo. The BrickHeadz version of them both just makes them that much more lovable, complete with a floating hoverpram and adjustable ears for Grogu.

At just £8.99, 75321 The Razor Crest Microfighter is much easier on the wallet than either of the bigger brick-built versions of the ship. Plus, you can still play out bounty-hunting missions, with the gunship complete with stud-shooting weapons.

Now we move on to the more detailed LEGO Star Wars builds. While this is a nifty ship design and the detail on each Mandalorian’s armour is impressive, there’s not too much to write home about with this set. Smaller than the majority of the other LEGO Mandalorian ships, the minifigures are easily the best part of 75316 Mandalorian Starfighter, each with its own unique details, including a jetpack that can be attached to any one of the three.

As the smaller display sets go, this doesn’t have too much to excite us. Again, the best part of 75299 Trouble on Tatooine is probably the minifigures. You can never get enough Grogu, plus the detail on the Tusken Raider minifigure is great to see. You can also set up various battle scenes, with a missile-shooting ballista and a safe saddle for the Child to be tucked away in.

Once more, you’ve got to admire the detail on the Mandalorian minifigures – with special notice given to the Armorer’s helmet. The spikes are artfully done and her armour is also impressively close to the source material. The forge itself is a bit of a letdown, not quite giving the same size and impact as it does in the show, but it’s a neat set for the price tag and piece count nonetheless.

One of the most epic moments of the show earns 75324 Dark Trooper Attack the top place for these smaller diorama sets. The Luke minifigure comes complete with a hood, so you can have your own dramatic moment before his identity is revealed. The Dark Troopers also look impressively intimidating, with their hulking shoulder pads and vivid red eyes.

If you’re looking for more detail in your Dark Trooper build, 75343 has you covered. The red eyes are impressively vibrant and the angled shape of the helmet makes it stand out from the Stormtrooper and Darth Vader sets. If you’ve been building up your collection of LEGO Star Wars helmet, this makes for a great addition.

The most popular sets of the entire LEGO Star Wars theme usually centre around the ships. While this smaller version of Boba Fett’s iconic ship doesn’t have a huge amount of detail, the inclusion of both Boba (complete with jetpack) and Mando (complete with beskar spear) in minifigure form is reason enough to make this a solid set inn our book.

While 75255 Yoda errs on the side of creepy, 75318 The Child is still adorable. His head, ears, and hands can be posed to replicate his tiny motions (with more dexterity than in the first season of the show) and he comes complete with his favourite toy that’s somehow endured throughout the various adventures Grogu and Mando have embarked on. Display 75318 The Child with pride, alongside a tiny minifigure version and a buildable sign.

The perfect accompaniment to 75277 Boba Fett Helmet, the design of 75328 has been changed enough to make it uniquely Mando’s. The shaping around the jaw and shiny plates are characteristic of the bounty hunter. It would have been easy to simply change the colour of 75277, but the detail on this helmet means it’s basically a necessity to buy both (or that’s what we tell ourselves).

While Mando’s Starfighter doesn’t actually turn up in The Mandalorian, Episode Five of The Book of Boba Fett is essentially a bonus episode of the earlier show. Plus, we can surely expect to see more of Din Djarin’s replacement ship in future seasons of his titular show. This set is your ticket to a minifigure for the icon that is Peli Motto, as well as Mando now kitted out with the Dark Saber. Both Mando and Grogu can comfortably sit inside the brick-built ship, which captures the epic design of the Naboo Starfighter.

If we’re doing a ranking of LEGO Mandalorian sets, Din Djarin’s most iconic ship has got to be at the top – twice. While 75292 is easier on the budget and has plenty of fun details, it’s just squeezed out by the updated 75331. Nonetheless, the carbonite bounty, stud shooters, and interactive cockpit still make for a dynamic set with plenty of attention to detail if the pricier second version is out of your budget at £519.99. For a more detailed comparison of the two builds, click here.

Coming in at number one, 75331 The Razor Crest has plenty to write home about. The buildable Blurrg, minifigure Kuiil, and fully-accessible interior mean that this set is just as much fun to play with as it is to display alongside other LEGO Star Wars sets. While the price may be high, it pays off inn the level of detail you get, all the way down to Grogu’s brick-built hoverpram.

Let us know your own favourite Mando set in the comments. Support the work that Brick Fanatics does by buying your LEGO Star Wars sets using our affiliate links. Thank you!