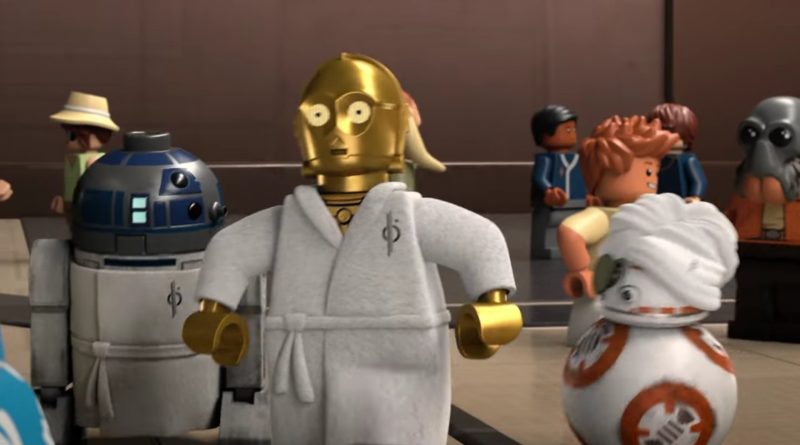 From a galaxy far, far away to Disney+ soon, the first official trailer for LEGO Star Wars Summer Vacation has been released.

The third LEGO Star Wars Disney+ special will be released on the streaming service on August 5. To help you count down the minutes, the promised trailer has been released following a short teaser at LEGO CON. This latest footage showcases even more of the action and comedy that will be in the feature, much like the two previous specials based on the holidays and Halloween.

Following the first look at the LEGO Halcyon in the teaser trailer, the full trailer showcases the brick-built animated version of its interior, with a look at the atrium and sublight lounge. Beyond that one ship, the trailer reveals that the story will partially take place on a tropical planet.

The name of an original song titled Scarif Beach Party by ‘Weird Al’ Yankovic suggests that this tropical planet could be Scarif from Rogue One. However, given that the description states this story takes place after The Rise of Skywalker, we’d guess that this is part of an extended flashback sequence featuring Darth Vader and Emperor Palpatine given the ending of several Star Wars movies.