The second of Brick Fanatics’ five LEGO Star Wars builds imagines the depths to which Bossk, the trandoshan bounty hunter, might have to sink when on a mission 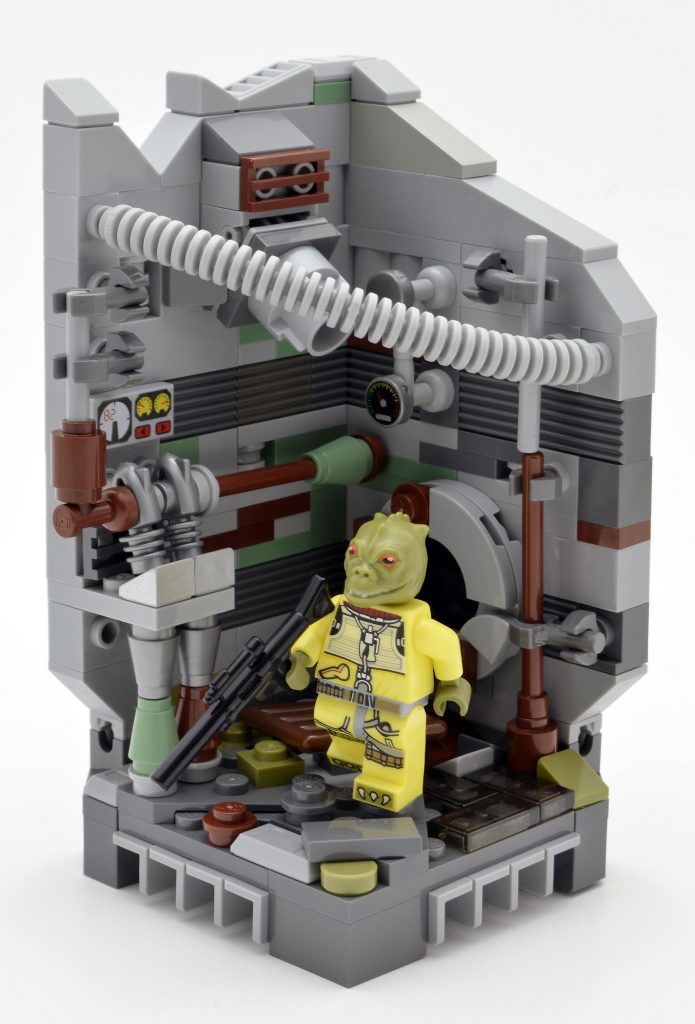 While helping friend and rival Boba Fett, Bossk finds himself going underground – both literally and figuratively – in pursuit of Mace Windu. Just as one does not simply walk into Mordor, neither does one simply approach a master Jedi. Having tracked beings all over the galaxy, one thing Bossk has learned is, often collecting a bounty means finding an alternate route to your target. There are always places people never think about, and the sewers are one such place. There are miles of underground pathways through which you can get just about anywhere, even a Jedi temple. In this case, getting in will be the easy part. Getting out will prove much more difficult.

Check out more of Jme’s work on Flickr, where his handle is klikstyle.