In this LEGO Star Wars scene, 4-LOM has been contracted by the Empire to help secure the construction of the second Death Star 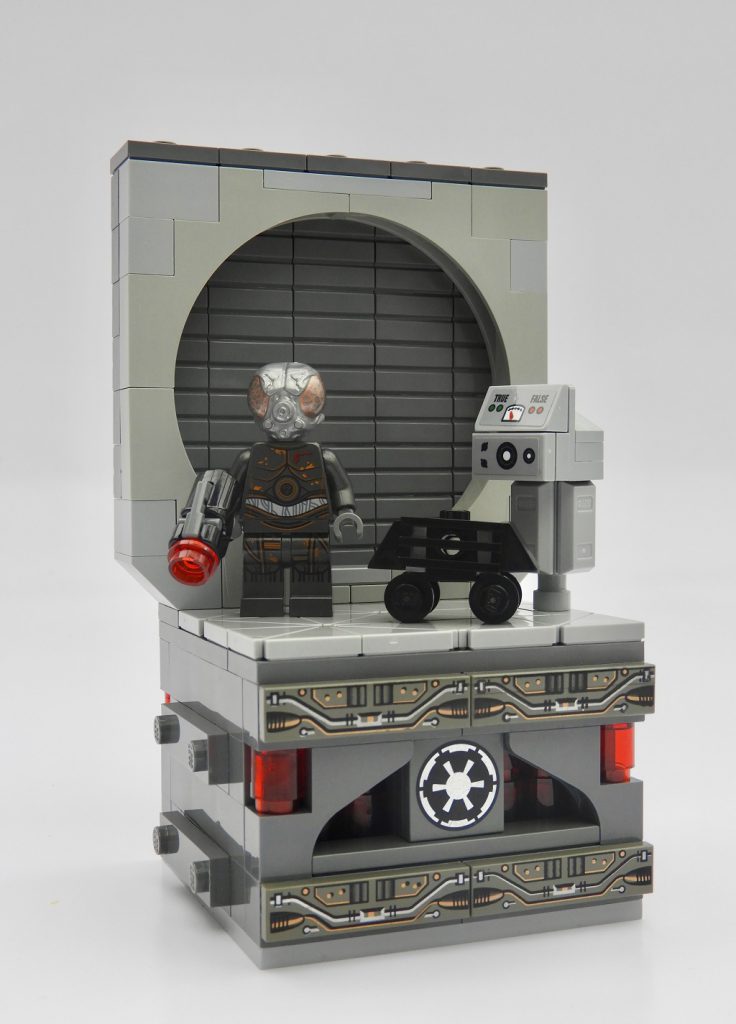 During the construction of the second Death Star there was a lot of nervousness regarding security after several low-level breaches. The senior leadership decided to bolster security levels using mercenaries and bounty hunters – 4-LOM was asked to provide a quotation for a three-month secondment.

4-LOM was feeling weary after pursuing a couple of bounties (one unsuccessful) and thought that this was easy money – patrolling the parts of the Death Star which were complete but on the periphery of where construction was still underway. At times the days dragged but 4-LOM just focussed on the reward…