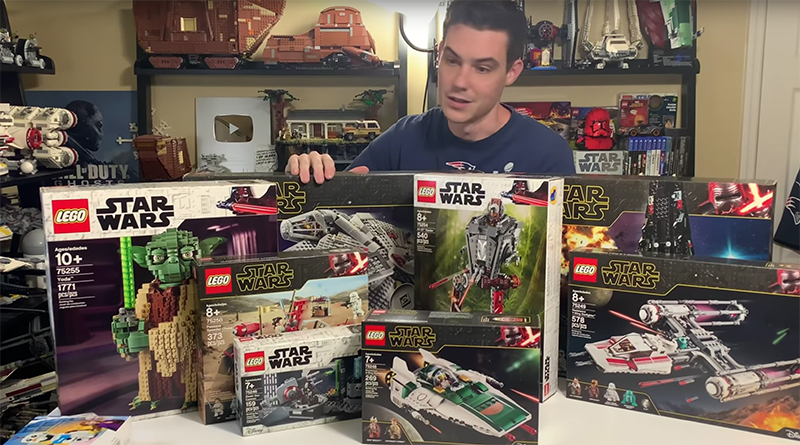 A LEGO YouTuber has discovered the entire wave of LEGO Star Wars: The Rise of Skywalker sets and a couple from the Frozen 2 theme.

Lucasfilm intends to launch all of the products based on Star Wars: The Rise of Skywalker – and, inexplicably, some based on the existing films – on October 4, dubbed ‘Triple Force Friday‘. The LEGO Star Wars sets have been turning up early, including 75250 Pasadana Speeder Chase, 75256 Kylo Ren’s Shuttle and 75232 Kylo Ren and Sith Trooper.

Now, MandR Productions has managed to get what looks to be the entire launch wave of sets early – here is his haul:

He also found 41168 Olaf and a polybag from the Frozen 2 theme, which is also expected to launch on October 4.

He aquired the sets from two different toy stores in Tampa, Florida, USA, and given that a few sets have already turned up in Texas, it might be worth US fans who are keen to own these releases going toy hunting.