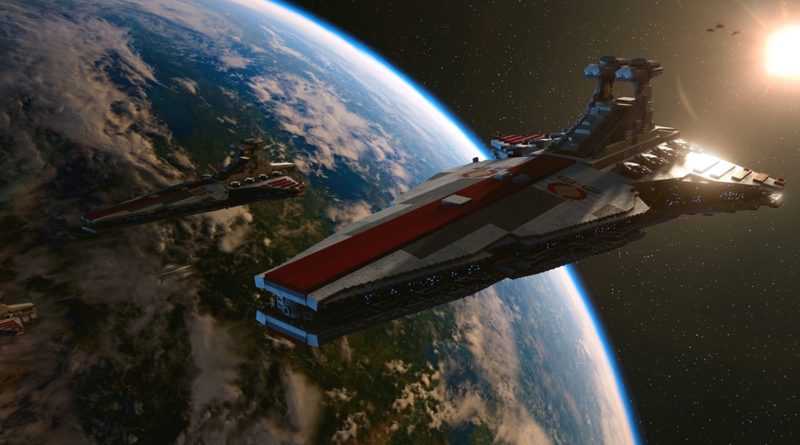 The bug-fixing patch for LEGO Star Wars: The Skywalker Saga has been released, adding four new capital ships to the game as a surprise bonus.

We knew that a new update for LEGO Star Wars: The Skywalker would be released soon, fixing several major bugs that was stopping progress in the story for some. However, we didn’t know that it would also add four capital ships to the game, one of which we saw in early marketing material.

One of the first screenshots released for LEGO Star Wars: The Skywalker depicted a Venator above a planet, though in the game you could only find the huge ship landed on Kashyyyk. However, that has now changed as the patch notes state that the Fulminatrix, Home One, Invisible Hand and Venator are now in-game.

The above gallery depicts the first three ships from their source material in the order in which they are named. However, those eager to add the capital ships to their digital collection can find them in the galaxy now, as the update has gone live on all platforms.

While we all wait for the update to download, you can read the full patch notes to see a non-exhaustive list of which bugs have been fixed, detailing three progression issues that have been resolved.

This sign of new content for LEGO Star Wars: The Skywalker Saga post-launch could mean that there will be opportunities for future additions to the game, such as a character customiser which is already being modded into the title on PC.

Sales figures since release have revealed that LEGO Star Wars: The Skywalker Saga had the biggest global launch for a LEGO game of all time, and topped the charts in April 2022.