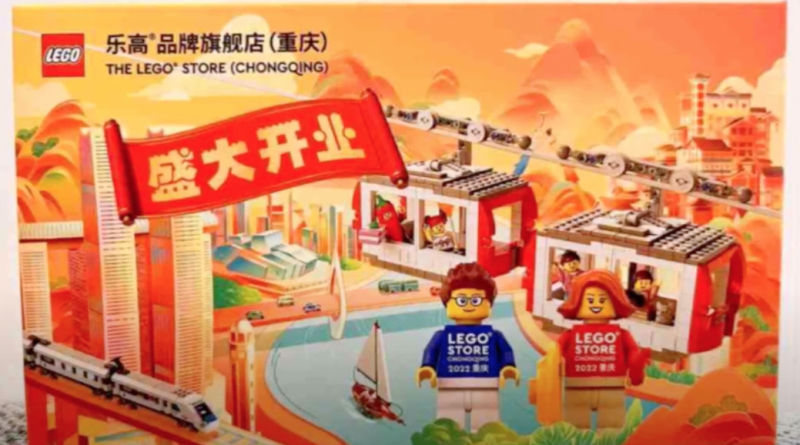 The LEGO Group announced the grand opening of its new flagship store in China this week, with the Chongqing location building on the 350 LEGO Stores that have already helped the company expand into its fastest-growing market. The two-storey store first opened its doors last weekend, with visitors getting the chance to pick up the latest LEGO models and check out the expansive interior.

In addition, the Chongqing store also received a number of unique promotional items that may be a little tricky for collectors outside the country to get their hands on. The first of these is a pack containing two exclusive minifigures released to promote the grand opening of the location. The male and female characters wear printed tops, come with their own accessories and are presented in a colourful display box.

A second larger box was also available and contained the minifigures set, 40574 LEGO Brand Store and a previous GWP model, 6424688 LEGO Delivery Truck. A third promotional box included two collectible coins that are unique to the region, with one cast in a bronze colour and the other in silver.

Finally, visitors to the opening of the latest LEGO flagship store could also grab a special tote bag with Chili Costume Fan minifigure design and a limited edition ‘I Heart LEGO store Chongqing’ tile, similar to printed elements that have been given away at the opening of other LEGO Store locations worldwide.

The LEGO Chongqing flagship store promotional items are already going for big bucks on the secondary market, so be prepared to dig deep if you’re looking to add these pieces to your collection.