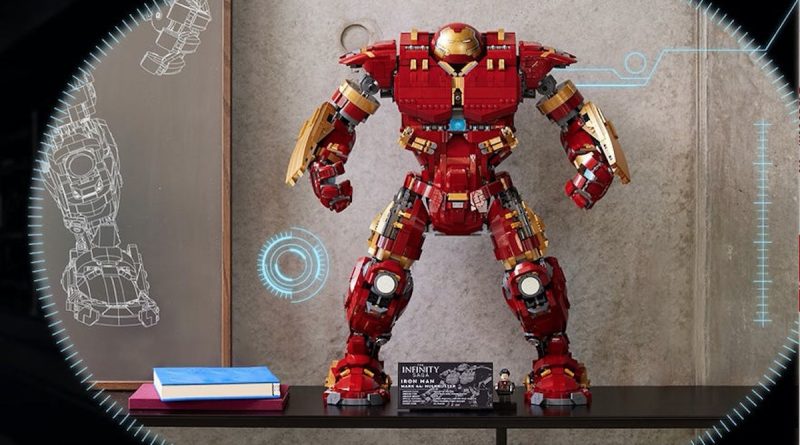 With VIP members now able to pick up 76210 Hulkbuster, the massive mech has just missed out on smashing another record for the LEGO Group.

76210 Hulkbuster has finally been unleashed, with the 4,049 pieces model available for VIP members right now. The monster-sized build stands 52cm tall and 37cm wide and is officially the largest LEGO Marvel set released to date.

Whilst that’s an impressive achievement indeed, 76210 Hulkbuster narrowly misses out on breaking yet another record for the LEGO Group. Parts of the huge, armoured suit are constructed from drum lacquered gold elements, most notably on the figure’s arms and thigh areas. There are in fact 148 such pieces included in the build, which almost beats the existing record held by 76191 Infinity Gauntlet.

Back in May of last year, that particular LEGO Marvel model toppled 80012 Monkey King Warrior Mech’s 119 drum lacquered gold pieces crown with a staggering 153 such elements. Whilst 76210 Hulkbuster is admittedly constructed primarily from red LEGO pieces, the sheer size of the set does mean that its drum lacquered gold piece count could certainly have seen the latest Infinity Saga build reign supreme in terms of pure brick bling.

However, with just five drum lacquered gold pieces between the two sets, 76210 Hulkbuster will have to be satisfied with its second place position for now, although towering over almost every other LEGO Marvel set will probably suffice.