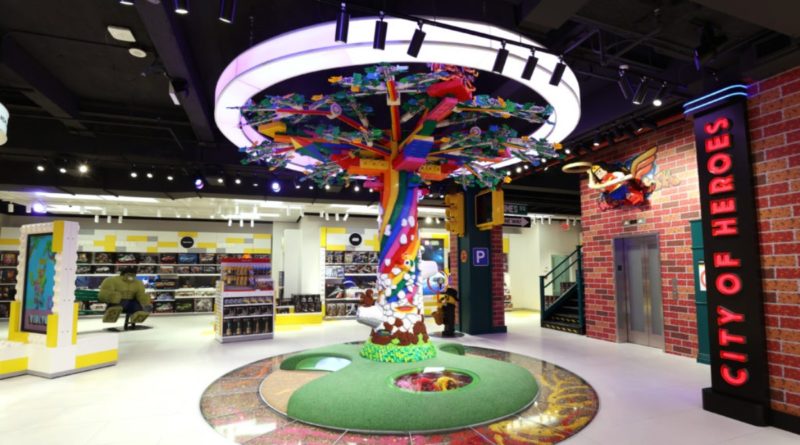 Dublin City Council has interrupted plans for Ireland’s first-ever LEGO Store, which is due to bring the company’s ‘retailtainment’ concept to the capital later this summer.

First announced in February, the new store will open at the former site of Topman on Grafton Street, and will take most of its cues from the ‘retailtainment’ LEGO Stores in Barcelona and New York. These venues aim to merge shopping with interactive experiences, such as the Minifigure Studio and Mosaic Maker.

Two icons familiar to brick-and-mortar LEGO Stores around the world won’t be part of the new Irish store, however, as Dublin City Council has apparently blocked two elements of the LEGO Group’s planning application. The Irish Times reports that the council had ‘serious reservations’ about mock LEGO cladding planned for the building’s storefront, and deemed two lighting boxes unacceptable.

According to a report from the city’s planning authority, the intended cladding ‘would not complement or harmonise with the architectural character of the existing building or the streetscape, would be visually obtrusive and would set an undesirable precedent for similar type development’.

A pair of cinema signage lightboxes planned for the storefront have also been vetoed, because they would – in the council’s words – ‘add unnecessary clutter along the streetscape, would be visually obtrusive and set an undesirable precedent for this type of signage within the Grafton Street Architectural Conservation Area and the Scheme of Special Planning Control for Grafton Street’.

Beyond those two issues, however, Dublin City Council apparently ‘welcomes the continued use and modernisation of the front facade of this building, which will contribute positively to the area and animation of Grafton Street’, and all other facets of the store have been given the green light to go ahead.

“The new LEGO Store will be amongst some of the biggest and best brands in Dublin, in a shopping district loved by many local families and visitors alike,” Simone Sweeney, Vice President of Global LEGO Retail Development, told RTÉ in February. Ireland’s first LEGO Store was originally set to open its doors in the summer, so a more specific opening date should be announced relatively soon.