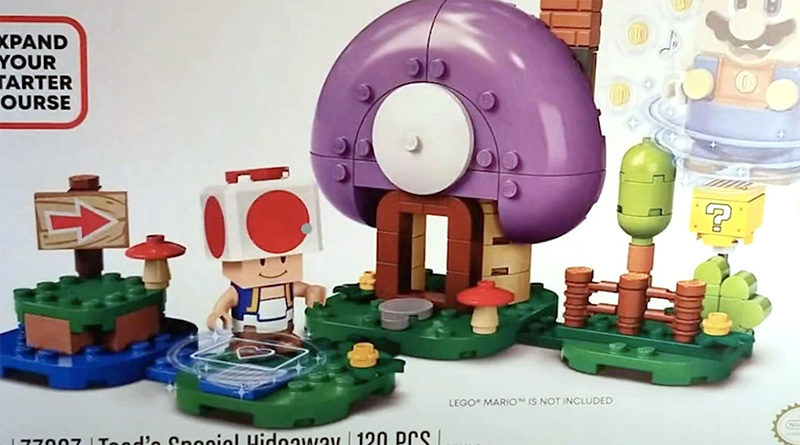 Rumoured back in July, LEGO Super Mario 77907 Toad’s Special Hideaway is a set that was planned to be exclusive at San Diego Comic Con 2020. With the event cancelled, the set will be made available through other channels – YouTube channel Cool.lego_pics discovered the set at a LEGOLAND Discovery Centre store for $19.99.

Star Wars 75294 Bespin Duel and DC 77906 Wonder Woman were both also intended to be event exclusives and were sold at LEGO.com, suggesting that 77907 Toad’s Special Hideaway will also be made available online.

The interactive theme is based around the special Mario figure, which reacts to different coloured spaces and special codes, allowing a Super Mario level to be playable in the real world. More LEGO Super Mario sets are rumoured to be coming in 2021.

Argos recently launched a competition that will see a few lucky fans win a selection of LEGO Super Mario sets.