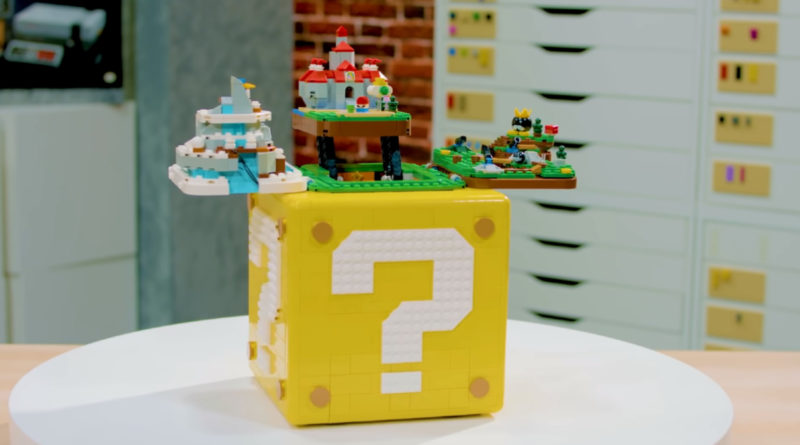 The designer video for LEGO 71395 Super Mario 64 Question Mark Block is here, explaining how difficult the mechanisms were to design.

Despite the simplistic shape of the main model, Daire McCabe explains that integrating the mechanisms and cube structure into the model was deceptively difficult to design, naming it as one of his most challenging models to create because of the space needed inside.

“My role in the project was developing the digital play with LEGO Mario but primarily for the rest of the designers in the team I was the very vocal Super Mario 64 fan who would always come with suggestions and corrections about everything that they were working on,” said senior designer Benjamin Ma.

“The way that the digital experience works is inside of Peach’s castle is the sun carpet, which is a scannable action brick that either LEGO Mario or LEGO Luigi can scan to start the Easter egg hunt.”

LEGO Super Mario 71395 Super Mario 64 Question Mark Block is available now from the official online store with a model full of plenty more references for anyone familiar with the original game to spot, but here are a few for those less acquainted with the classic title.