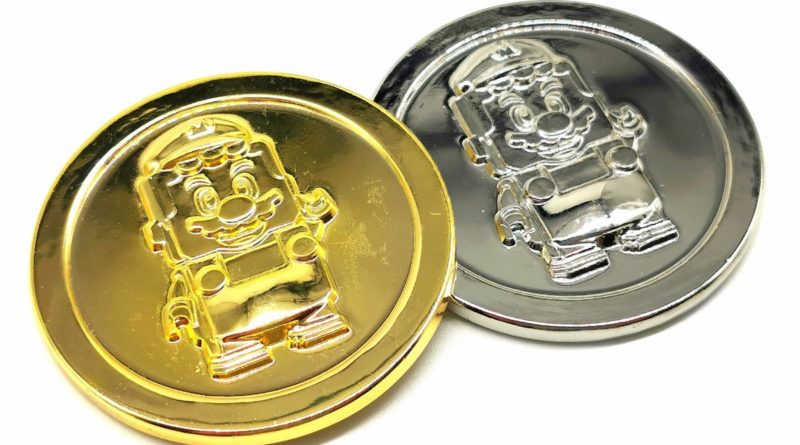 The once-rare gold and silver LEGO Super Mario coins are currently being handed out in LEGO Stores around the world.

Originally distributed through a Hong Kong-exclusive promotion in February, the limited-edition coins have been selling for pretty hefty prices on the aftermarket in the months since. Their value has come down substantially now, though, because they’re finally making their way to other markets.

That’s specifically through LEGO Stores, where they’re being given out to kids who take part in a scavenger hunt around the store. We already know they’re available in the US and across Europe thanks to reddit users, but The Brick Post now reports that they’ve also popped up in the UK’s Southampton store.

According to The Brick Post, the coins were intended to be distributed alongside the launch of 71387 Adventures with Luigi last week, but didn’t arrive in stores in time for August 1. If you don’t have any young LEGO fans to take shopping, it’s worth just inquiring about the coins anyway – we’ve seen reports on Brickset’s forum of adult customers being given them just for asking.

While some coins have recently sold on eBay for £50+, a set of both gold and silver went for just £20 this morning, so don’t expect much of a return on the secondary market. If you’re after a couple of cool LEGO Super Mario trinkets for your collection, though, you could do worse than these freebies.