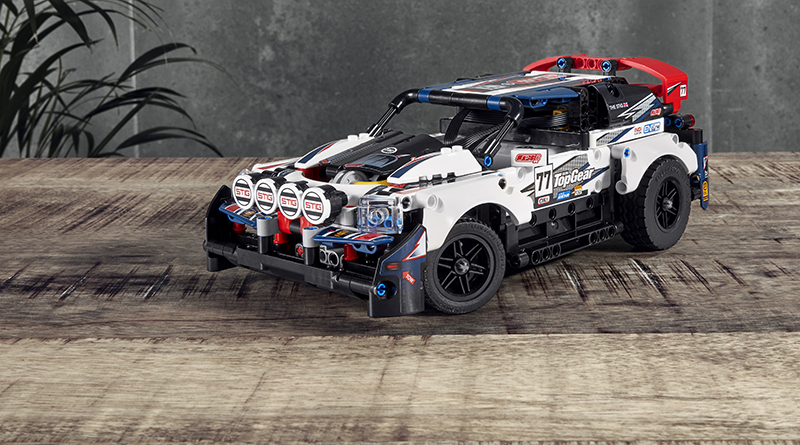 Fans of the challenging and rewarding LEGO Tehnic theme have eight new sets to choose from, including 42109 App-Controlled Top Gear Rally Car.

LEGO Technic is another theme getting a new wave of sets today, with eight new releases to choose from covering a variety of vehicles. The previously announced 42109 App-Controlled Top Gear Rally Car is arguably the most interesting of the new releases, with lots of interesting decoration and the options for builders to control it with their phone.

Another interesting set is 42106 Stunt Show Truck & Bike, which features a truck with a wagon, a motorbike for the back of it and a flaming loop for the bike to jump through.

Any order totalling £35 or more will get 30548 Build Your Own Birds for free. Water based action is provided in the 42105 Catamaran set, offering something different to the rest of the wave.