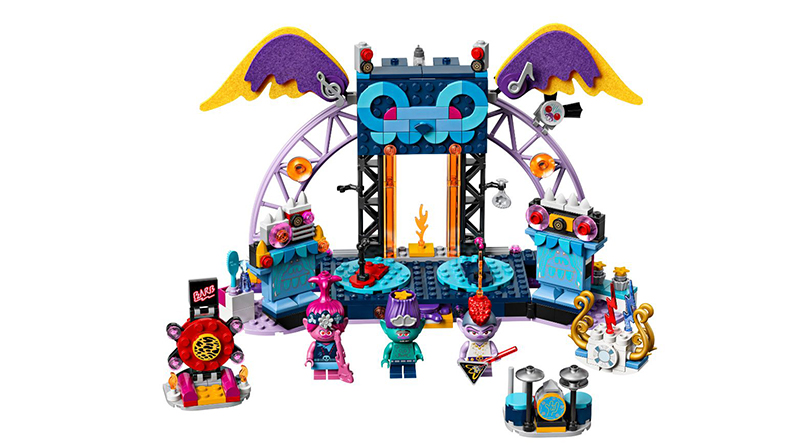 LEGO Trolls World Tour launches today, with seven new sets available to order at LEGO.com. It is the first time that the LEGO Group has teamed up with Dreamworks Animation, but will not be the last, as Minions sets are also coming later this year.

There is something of The LEGO Movie 2 about the colourful and varied sets, that are inspired by the upcoming film that is inspired by the classic children’s toys. Trolls World Tour takes place four years after the original animated movie. Poppy and Branch (Anna Kendrick and Justine Timberlake) head out into the world where they encounter different tribes of Trolls, each with a different musical spin. In the film, six different lands will be devoted to six different kinds of music – Funk, Country, Techno, Classical, Pop and Rock.