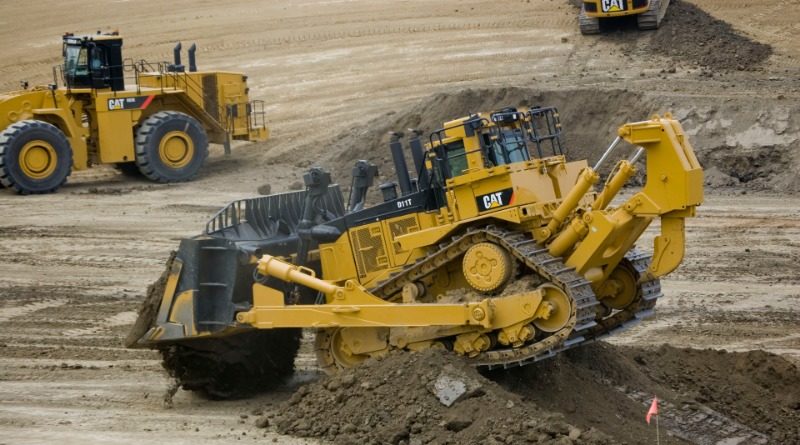 LEGO Technic is rumoured to be gearing up for a huge release, with 42131 CAT D11T Bulldozer reportedly coming in the second half of 2021.

Zusammengebaut reports the enormous new Technic set will retail for somewhere in the region of €450. That would put it roughly level with 2019’s 42100 Liebherr R 9800, which weighs in at a very heavy 4,108 pieces. Like that set, the new dozer will reportedly take advantage of Control+ to operate its functions.

If this rumour does turn out to be true, it would mark the first LEGO Technic vehicle of its kind since 2014’s 42028 Bulldozer. That set included just 617 elements, so expect a slight upgrade for 42131 CAT D11T Bulldozer – should the set come to fruition, of course.

And if it does, there’s one thing we can practically guarantee. Between the LEGO Group’s previous dozers and the colour of the real-life CAT D11T, it’s almost definitely going to be yellow. Its release date is less certain, but Zusammengebaut suggests it should launch between August and October.

It’s not the only LEGO Technic set rumour doing the rounds at the minute, though. Facebook page TechnicBRICKs.com claims that the second wave of 2021 sets will include a set speculatively labelled 42129 “4×4 Mercedes-Benz Zetros Tri…”

That moniker is apparently truncated, but the page suggests it may be a Trial Truck version of the Zetros. Mercedes-Benz is no stranger to LEGO Technic: 2011 brought us 8110 Mercedes-Benz Unimog U 400, while 42043 Mercedes-Benz Arocs 3245 launched in 2015.

According to TechnicBRICKs.com, the Zetros will retail for roughly €289.99-299.99. The fan page also notes that there are plenty of real-world Zetros trucks with modern-day military applications, which could lead to a repeat performance of the cancelled 42113 Bell Boeing V-22 Osprey. However, most of those use a 6×6 configuration instead of a 4×4, which may be enough to justify turning it into LEGO.

Of course, until confirmed otherwise by the LEGO Group, you should treat all these rumours with a hefty pinch of salt. If you want a closer look at the LEGO Technic sets that are definitely coming out in 2021, click through for our reviews: