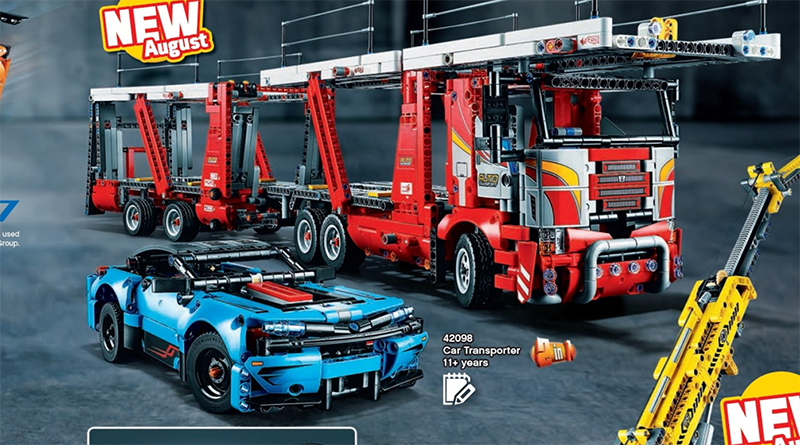 As is customary, LEGO Technic is providing four big, impressive sets for the back half of 2019, due for release between August and October. Fans have already seen 42100 Liebherr R 9800 and 42099 4×4 X-Treme Off-Roader. New images reveal 42098 Car Transporter and 42097 Compact Crawler Crane, which are both shown in a new LEGO catalogue highlighted by Brickset.