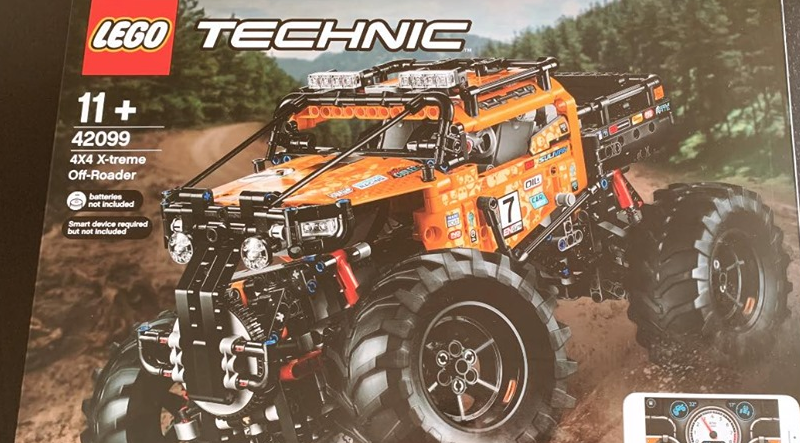 Fans can get a look at another new LEGO Technic set, 42099 4×4 X-Treme Off-Roader, thanks to images released online.

With new LEGO Technic sets expected on August 1, images are trickling out and fans can now take a peek at 42099 4×4 X-Treme Off-Roader. Promobricks reported the images, that were published by Wagner’s Spiel+Technikwelt GmbH on Facebook.

This new release uses the new Powered Up components, including the Control+ hub and XL motors, with the ability to control the model via a smart device. The set contains 968 pieces, building what looks to be a sturdy 4×4 that should be fun to take otudoors and really put to the test.

As well as this new release, 42100 Liebherr R 9800 will arrive in August, which also includes the new Smart Hubs. Each one can drive up to four engines, with 42100 including seven engines in total, making it the larger of the two moving models on the way shortly.