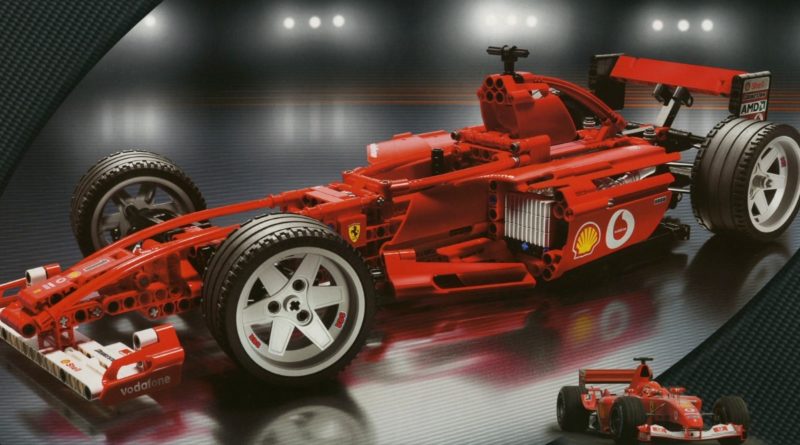 A new LEGO Technic Formula 1 car is rumoured to be on the way in 2022 – but will it be licensed, and if so, which racing team will it be based on?

Those are the immediate questions that jump out from recent rumours from Promobricks, which reports that set number 41241 will be a Formula 1 car containing 1,431 pieces, and retailing for €179.99. The specifics behind the set are an unknown quantity at this time, including whether the car will be tied to a particular brand.

Some kind of licence seems very likely, though, given the LEGO Group already has existing partnerships with the likes of Ferrari and Mercedes – two of the most popular F1 teams around at the moment – through its Speed Champions theme, and indeed through current Technic sets including 42125 Ferrari 488 GTE AF Corse #51 and 42129 4×4 Mercedes-Benz Zetros Trial Truck.

That said, the last large-scale Technic Formula 1 car was the generic 42000 Grand Prix Racer from 2013, which had zero affiliation with any real-world racing brands. Likewise 2000’s 8458 Silver Champion, although the early ‘00s also brought us two predominantly-Technic licensed Formula 1 cars under the Racers theme in 8461 Williams F1 Team Racer and 8386 Ferrari F1 Racer 1:10.

This rumoured set could really go either way, then – if it’s legitimate at all. For now, any word on a new LEGO Technic Formula 1 car should be taken lightly until confirmed otherwise by the LEGO Group. According to Promobricks, 42141 is due for release on March 1, 2022, so we may be waiting a while to find out for sure.

Click here for an in-depth rundown of every LEGO Technic set reportedly arriving in 2022.