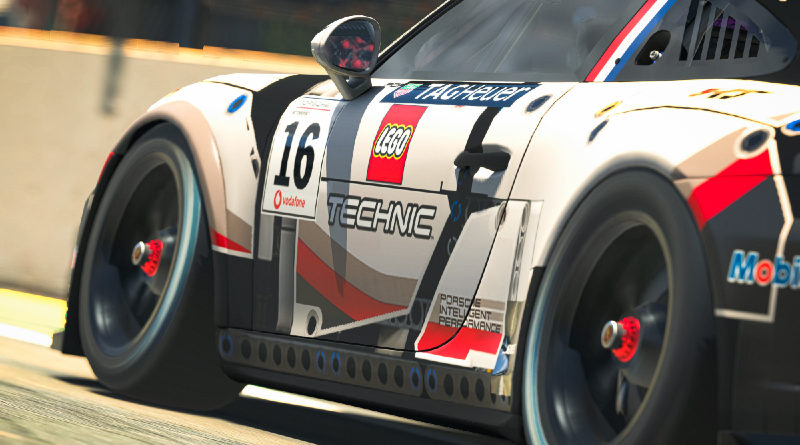 The LEGO Group is making its mark on another part of the gaming industry as it delves into the world of Esports, with a little help from Technic and Porsche.

Earlier this year, Coanda Simsport announced on their Twitter account, that a partnership with LEGO Technic would make use of a unique livery that to be placed onto the team’s digital car in the ongoing 2021 Porsche TAG Heuer Esports Supercup.

The paint job bears a striking resemblance to 42096 Porsche 911 RSR, with details such as the angled Technic plates and hole-filled beams all visible. While not applied to a physical car, it can’t be denied that it will certainly be making a statement as it races around the virtual race tracks.

Speaking of which, the LEGO Technic Esports team are currently in a race, meaning you can see the car in action for yourself. The game used in this particular round is known as iRacing and is a popular choice for Esports racing tournaments.

It will be interesting to see if the LEGO Group expands its Esports offerings beyond this team, or if it will use other themes in similar methods. Speed Champions springs to mind as a good fit, especially considering it’s Forza Horizon 4 expansion, which is coming soon to Steam.

The LEGO Technic 42096 Porsche 911 RSR set is available now from the official online LEGO store if you want to recreate the race for yourself, plus it’ll net you the new 40450 Amelia Earheart Tribute offer for free.