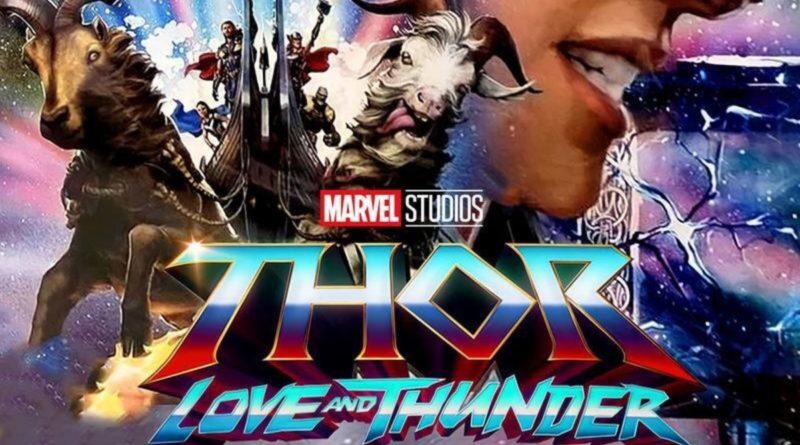 The first LEGO set based on Marvel’s upcoming Thor: Love and Thunder is rumoured to be named 76208 The Goat Boat.

That wacky premise alludes to artwork revealed for the fourth Thor movie late last year, which depicts a Viking-style boat pulled by the superhero’s two goats, Toothgnasher and Toothgrinder. In the comics, the animals typically pull Thor’s chariot, as per the Norse mythology that inspired the character (though the goats are there known as Tanngrisnir and Tanngnjóstr).

Promobricks reports that the Marvel Cinematic Universe set will include 564 pieces for €49.99, and may finally include new LEGO goats. Just to temper expectations, however, the same source does acknowledge that the animals could be brick-built – and given there’s no word of any goats appearing in this summer’s rumoured CITY farm sets, the reintroduction of the mould here feels unlikely.

We’ve known since December 2021 that multiple LEGO sets based on Thor: Love and Thunder are on the way this year, with a LEGO catalogue suggesting they’ll arrive on shelves in May. That would have chimed perfectly with the movie’s original release date of May 6, but Marvel has since bumped its entire movie slate, pushing the Thor-quel to July 8.

Specific details around this particular set are still only rumours for now, however, so take them with a pinch of salt until confirmed otherwise by the LEGO Group.