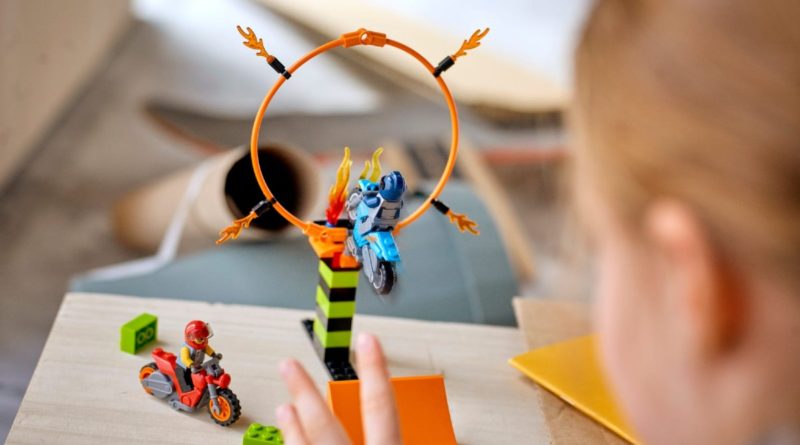 There are a couple of new VIP rewards on the official online store, one of which you can get at an upcoming LEGO store event.

Recently added to the variety of redeemable items on the official online store are two sets of fabric stickers – one for NINJAGO and another for LEGO CITY. You don’t have to spend your VIP points on at least one of these new items on the VIP Rewards Centre though.

Coming to LEGO stores later this month is a LEGO CITY Stuntz event where visitors will be able to build a trophy model as well as collect a free pack of LEGO CITY Fabric stickers. While it has not been confirmed, it seems possible that these will be the same fabric stickers. The event’s dates are subject to LEGO stores though the event page confirms it for The LEGO Store Flatiron and The LEGO Store 5th Ave on October 22 and 23.

Alternatively, those who can’t make it to the event can redeem them for 750 points each, at least in the UK but their regional availability and value may vary as VIP point value is different between regions according to currency conversion rates.

Some of the LEGO CITY Stuntz sets are now on sale on the official online store and you can get double VIP points as well as a free 40562 Mystic Witch with qualifying purchases.