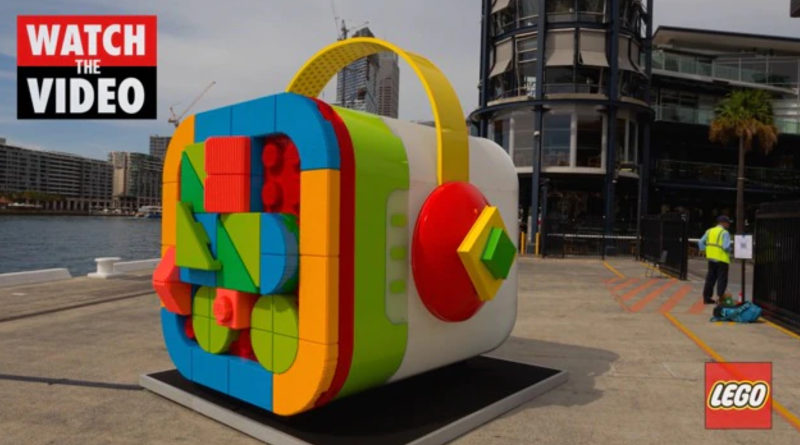 LEGO VIDIYO is bringing a BeatBox to Sydney as a massive replica of a real-life set has been spotted at the city’s harbour.

The LEGO Group is continuing the global promotion of its new VIDIYO theme as an enormous model of 43105 Party Llama BeatBox has been seen making its debut appearance in the Australian city.

Thanks to a video from The Chronicle, we can get our first look at the sculpture, as well as a peek at how it was created. A quick timelapse shows a team of master model builders putting the pieces together with some additional glue. Notably, the enlarged scale means that they could only work on one portion at a time.

The completed structure is displayed opposite the Sydney Opera House with a cut-out of the Party Llama themselves. Everything from the carrying handle to the brick-built design matches that of the actual set, and what appears to be a DJ deck is placed inside. Perhaps L.L.A.M.A will be making use of this mammoth model in the future.

Unfortunately, it’s not been confirmed whether the giant LEGO VIDIYO replica is still on display at the harbour, or if it was moved for further promotion. Maybe it’s been moved to the Sydney LEGO store or perhaps it’s in storage for a future event. Either way, it’s an impressive recreation of the set, which is now available amongst the rest of the LEGO VIDIYO theme.

You can support the work that Brick Fanatics does by purchasing your LEGO through one of our affiliate links.